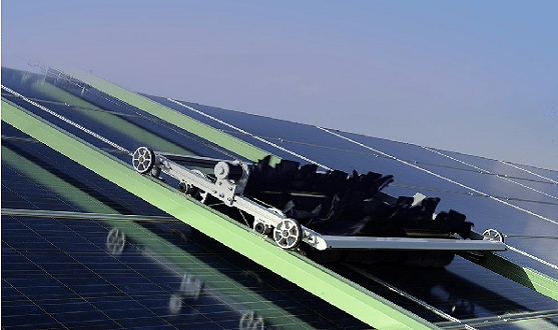 Ecoppia has just won a contract for the cleaning of one of the 41 solar power plants of the Benban complex in Egypt. The company, based in Israel, is planning to apply its robotic cleaning solution to it.

The Benban solar complex will soon be home to a cleaning technology called “Ecoppia T4”. This robotic solution is supplied by the Israeli company Ecoppia which has just signed a contract with one of the independent power producers (IPP) which operate concessions in the Benban solar complex.

The company, based in Tel Aviv (Israel), has not revealed the name of its new partner in Egypt. But it is already working with several solar energy producers such as the French company Engie and its compatriot Electricité de France (EDF). The latter operates several power stations in Benban, with its local partner Elsewedy Electric.

Located in the governorate of Aswan, the solar complex is built in the middle of the desert and is subject to large deposits of dust and sand. These affect the production of the solar panels and the efficiency of all the plants in the complex. Although these installations are mainly composed of two-sided solar panels, Ecoppia believes that its “Ecoppia T4” robotic cleaning technology can meet the challenge by operating at night.

The production of Benban is crucial for Egypt since the complex injects up to 1.65 GWp into the national electricity grid. Covering an area of 37.2 km2, the complex is made up of 41 photovoltaic solar power plants entirely built by IPPs. The development of this mega project is part of the Nubian Suns Feed-in Tariff programme, which aims to encourage private companies to invest in renewable energy in Egypt.