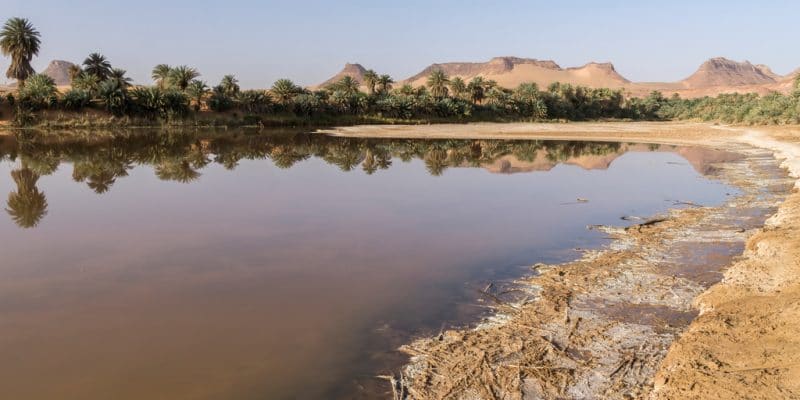 The United Nations (UN) has recently sounded the alarm. Egypt could face a shortage of fresh water by 2025. If the country reaches that point, its agricultural production will decline by 47 percent by 2060.

Egypt’s agriculture and water sectors are in poor shape. The United Nations (UN) has issued a report on the situation. According to the document, Egypt could face a shortage of fresh water by 2025. “In 2018 the individual water share was 570 m³. By 2025 it is expected to fall to 500 m³,” says the UN. Such a situation would be disastrous for the country, as its agricultural production could decrease by 47% by 2060 due to salinisation, a direct consequence of the freshwater shortage.

Egypt gets 90% of its water from the Blue Nile. The Blue Nile is a 6,700-kilometre-long river that flows through Uganda, Ethiopia and Sudan before arriving in Egypt. Bordered by a lush green valley full of palm trees, the northward-flowing river is flooded with tourists, fishing and recreational boats. It is this influx of people that causes the pollution of the river. In the last three years, 37 tons of cans, plastic bottles, disposable bags and other waste have been recovered from the waters and banks of the Nile in Egypt. In addition to these figures, about 150 million tonnes of industrial waste are dumped each year, according to the Egyptian state-run Environmental Affairs Agency. Climate change and the renaissance dam under construction in Ethiopia may also significantly reduce the flow of the Nile.

The construction of the Renaissance Dam in Ethiopia was launched in 2012. It is expected to start generating electricity by the end of 2020 and be fully operational by 2022. The Renaissance Dam may well become the largest hydropower facility in Africa, with a capacity of 6,000 megawatts. Egypt, already in the grip of drought, fears that the dam’s 145-metre-high wall could trap its vital water supplies once the giant reservoir, the size of London, begins to fill up this year. To avoid the worst, several proposals have been made in the country.

According to Jeannie Sowers, a professor of political science at the University of New Hampshire in the United States, Egypt should, among other things, invest in water sources other than the Nile. “The government should give priority to coastal desalination plants… and improve irrigation and drainage systems,” she said.

According to Justin Mankin, a geographer at Dartmouth University in the United States, the Egyptian government should also take steps to create water-sharing programmes and practices that can ensure a sufficient and equitable distribution of water over the coming decades.