Homepage » EGYPT: an electric train will link Cairo to the new cities by October 2021 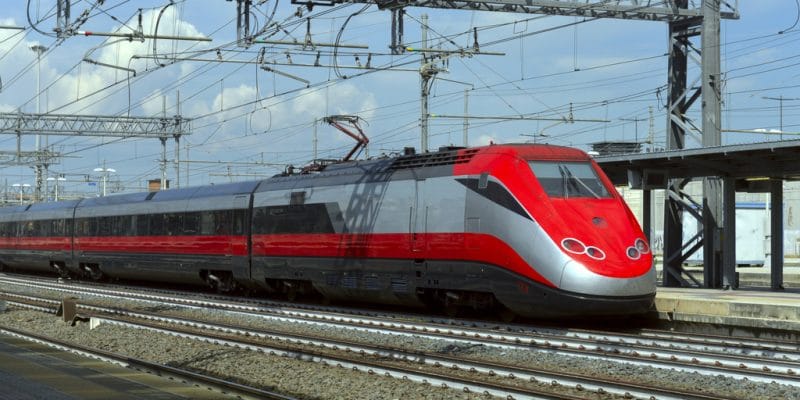 Work is progressing on the construction site for the railway tracks that will accommodate the electric train that will link Cairo to the new cities under construction in Upper Egypt. This rolling stock will enter into service in October 2021, according to the forecasts of Kamel al-Wazir, the Egyptian Minister of Transport.

Kamel al-Wazir’s recent working visit was aimed at assessing the progress of work on the various sites of the project to build an electric train to link the new cities under construction in Upper Egypt and Cairo. On the site, the Egyptian Minister of Transport noted that 82% of the work was completed at the level of the drilling of the tunnels. The construction of the maintenance workshop for the electric train is 60% complete.

On the other hand, work is less advanced at the level of the construction of the railway bridges (35%). Overall, the work is 62% complete. Minister Kamel al-Wazir estimates that at the current rate of work, the first tests of the electric train can be carried out by August 2021. These tests will be carried out between Al-Salam, the new administrative capital (NAC), and the 10th of Ramadan City, the new city under construction in the governorate of Sharqia.

The electric train will not be fully operational until October 2021. It will then link Cairo and the new cities under construction, including Obur, Mostakbal, Shorouk, the new Heliopolis, Badr, the Industrial Zone, 10th of Ramadan City and NAC. The railway line will be 90 km long with 16 stations. The future electric train built by China will have a capacity of 30,000 passengers and will be able to carry up to 500,000 people a day.

This major mobility project executed by the China Civil Engineering Construction Corporation (CCECC) will require a total investment of 739 million dollars. The project is being financed via a loan from the Chinese government, in accordance with an agreement signed with the Egyptian authorities in September 2017.