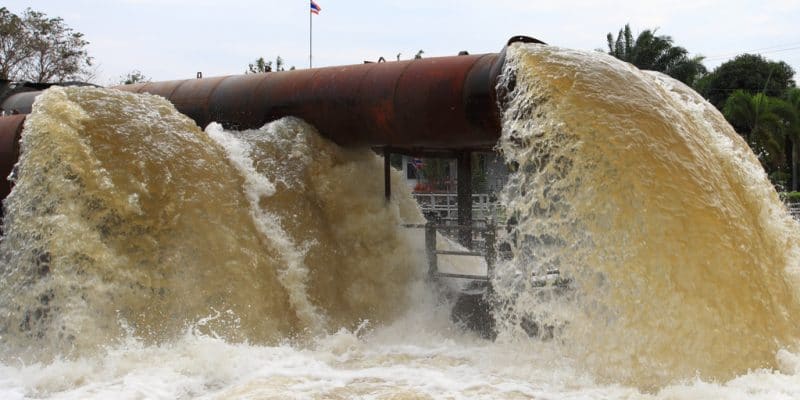 This is good news for the people of the city of Kinshasa. The President of the Democratic Republic of Congo (DRC) Félix-Antoine Tshisekedi recently laid the foundation stone for the construction of an “industrial water treatment complex” in the capital. This is an important project that could reduce the shortage of drinking water in this city of almost 12 million inhabitants.

The project has been awarded to Weihai International Economic & Technical Cooperative (WIETC), a company based in Weihai, north-eastern China. The drinking water plant that will come out of the ground in Kinshasa will be supplied by water from the Congo River.

As part of its contract, WIETC will construct an intake in the Congo River that flows through the capital of the DRC. The raw water will be conveyed to the plant via an 805 mm diameter pipe and over a distance of 3 km, via Colonel Tshatshi camp. This is a military camp located in Ngaliema, a commune west of Kinshasa City.

The (raw) water will pass through an arrival tower before entering the drinking water plant. The plant will have a capacity of 110,000 cubic metres per day. WIETC will also construct a building that will serve as a storage facility for water treatment chemicals. The Chinese company has 23 months to complete all the work.

Financing from the World Bank

The construction of this drinking water plant in Kinshasa is part of the Urban Drinking Water Supply Project (Pemu) in the DRC. The aim of the project is to increase sustainable access to water in selected urban areas and improve the efficiency of the Democratic Republic of Congo’s water distribution company (Regideso). Pemu concerns three cities in the DRC: the capital Kinshasa, Lubumbashi in the south and Matadi in the west.

In Kinshasa, the project will rehabilitate the existing pumping stations in the city and reinforce the water transfer pipe from the N’djili plant over a distance of 18 km. The government of the DR Congo also plans to rehabilitate 120 km of secondary and tertiary pipelines. This operation will enable new connections to be made. Regideso, which provides the DRC’s public drinking water service, will replace 160 000 metres and install 50 000 new ones in the city of Kinshasa. Projects will also be carried out in the cities of Lubumbashi and Matadi.

Pemu will require an overall investment of $360 million. Within this budget, $59.4 million is earmarked for the construction of the “industrial water treatment complex”. The government is financing the project with a loan from the World Bank.