Homepage » DRC: “The Inga III dam must benefit the Congolese! ” activists from NGOs

DRC: “The Inga III dam must benefit the Congolese! ” activists from NGOs 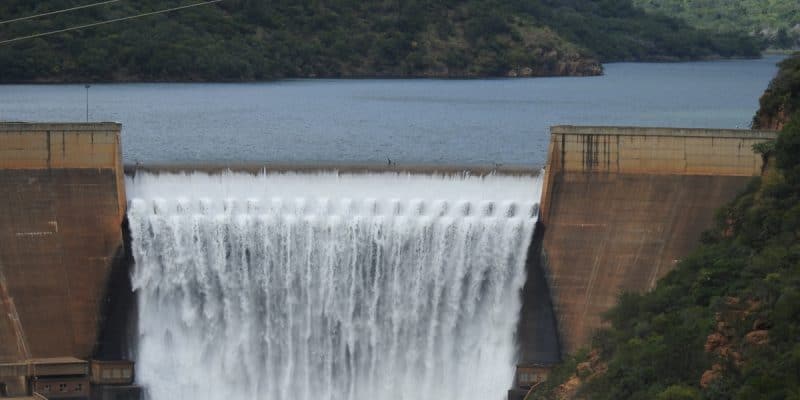 Resource Matters and the Congo Study Group (CSTG) call on the government to ensure that the electricity produced by Inga III can benefit the Congolese people. In a report published on the 28th of October 2019, the two organisations also denounced the government's lack of transparency in the management of the world's largest hydroelectric project, which should eventually produce 40 GW of electricity.

Resource Matters and the Congo Study Group want the Inga III hydroelectric project to be managed with the Congolese and in the interest of the Congolese. This is essentially the key message of the report published on October 28, 2019 by the two organisations. “The preliminary agreements of the parties do not show the amount of electricity reserved for the country and even less for the Congolese population. It would still be quite shocking if such a large project that would generate so much electricity could not remedy the fact that nine out of ten Congolese people currently live without electricity,” says Elisabeth Caesens, of Resource Matters.There is a concern. That of seeing this project with a capacity of 10 gigawatts ignore the problem of access to electricity in the DRC. As the report notes, in one of the last agreements signed at the end of 2018, there is no longer any question of the Central African country reserving three gigawatts of Inga III production for its domestic consumption. While this guarantee had always been mentioned in previous agreements….

Include civil society in the management of Inga III

Resource Matters is a non-profit association based in Brussels, Belgium that aims to better understand and overcome economic poverty in resource-rich countries. The Congo Study Group (CSTG) is an independent, non-profit research project that seeks to understand and explain the violence that affects millions of Congolese. In their joint report, the two organisations also recommend that the management of Inga III be opened up to the country’s civic community and regular institutions.

For them, the decision of the Presidency of the Republic to take over almost exclusive control of the project was not a good idea. This would have resulted in unclear conditions for selecting the developer, the absence of additional social and environmental impact studies due to a lack of financial resources, the establishment of institutional oversight beyond parliamentary control, the rejection of the project by Parliament and civil society, or the weakness of the DRC’s position in negotiations with preselected potential companies.

Located on the Congo River, 250 kilometres from the capital Kinshasa, the Inga III hydroelectric dam is being developed by two foreign consortia: China Three Gorges Corporation and SinoHydro (China), as well as ACS and Eurofinsa (Spain). The concession contract signed on October 16, 2018 mandates the concessionaire to refine the project and submit a financing plan to the Congolese authorities. The dam, with a potential capacity of 10,000 megawatts, will cost nearly $14 billion. The project is expected to generate 25,000 jobs, including 10,000 permanent positions, but the actual start date has not yet been announced.

“Inga III” is thus the third phase of a large complex to which five other dams will be associated. We are therefore talking about the “Grand Inga” which, in the long term, will produce 40,000 megawatts, thus becoming one of the largest hydroelectric dams in the world in front of the Three Gorges Dam in China. Technically, it could then provide 40% of the continent’s electricity needs.