Homepage » DRC: Rawbank to create a forest park on 30 hectares in the council of Nsele

DRC: Rawbank to create a forest park on 30 hectares in the council of Nsele 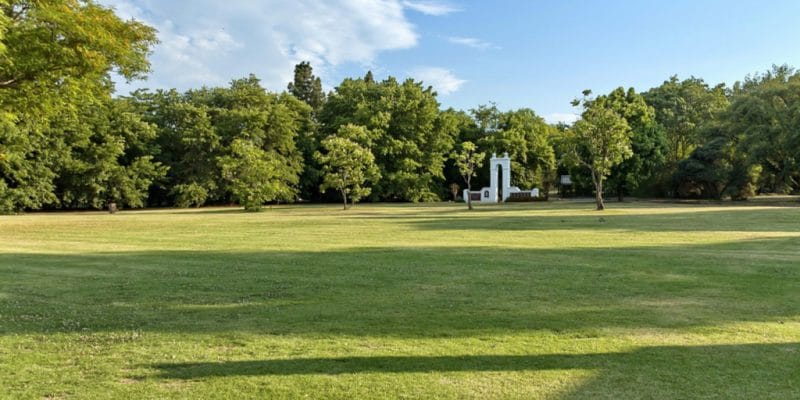 Rawbank, one of the largest commercial banks operating in the Democratic Republic of Congo (DRC) publishes its CSR Report 2020. Among the main lessons of its Corporate Social Responsibility is the establishment of a forest park in the commune of Nsele in Kinshasa.

As Rawbank gains weight in the financial sector in the Democratic Republic of Congo (DRC), it is also implementing its Corporate Social Responsibility (CSR). It is within this framework that it publishes its 2020 report, which retraces its actions in favour of sustainable development over the last two years and makes some projections for the years to come.

The commercial bank wants to set up a forest park in Kinshasa, the capital of the DRC. The green space will cover at least 30 hectares. According to Isaac Kalala, Rawbank’s Director of Compliance & CSR, a nursery has already been set up to facilitate the establishment of this forest park in the council of Nsele in Kinshasa. “The site will host leisure facilities and various sports facilities (restaurants, chalets, bungalows, conference room, football, tennis and basketball courts), in which women from the surrounding villages will be involved,” says Rawbank.

The creation of the Nsele Forest Park is part of the “Raw Foret” project, which will run until 2025. According to the commercial bank, which employs more than 1,730 people, the project will create jobs and empower rural women. “The Raw Foret project will also contribute to the environmental and ecological education of local communities, where important awareness-raising activities will be carried out,” says Isaac Kalala.

According to Rawbank’s Director of Compliance & CSR, who gave a press briefing on Tuesday 24 November 2020 in Kinshasa, the financial company’s CSR also covers the preservation of biodiversity through support for the conservation of leopards in the DRC’s national parks. “The Bank has approached organizations active in the protection of animals to get a precise idea of the location of this animal species. We thus financed a census of leopard populations in the various parks where they live. We are planning partnerships with international organizations to increase knowledge and protection of these animals,” explains Isaac Kalala.

The Bank also intends to engage in the fight against deforestation, as well as the protection of mangroves, the main breeding grounds for many fish species.

Rawbank’s CSR report also provides an update on the thorny issue of electricity. Due to the low capacity of the DRC’s national electricity grid, many companies are adopting alternative solutions such as highly polluting diesel-powered generators or solar photovoltaic systems. The bank intends to move gradually towards the latter, which is less polluting and more economical.

In addition, as part of its CSR, the financial institution is implementing a strategy of efficiency in the management of water and electricity resources, particularly at the Atrium, its new headquarters inaugurated on 5 December 2018. It also wants to reduce its impact on the environment by improving its waste management. “The bank is currently implementing an optimized waste management system which, through a sorting and recycling system, avoids the waste of reusable materials and thus reduces the volume of waste to be treated and the volume of greenhouse gas emissions,” says Rawbank in its first CSR report.