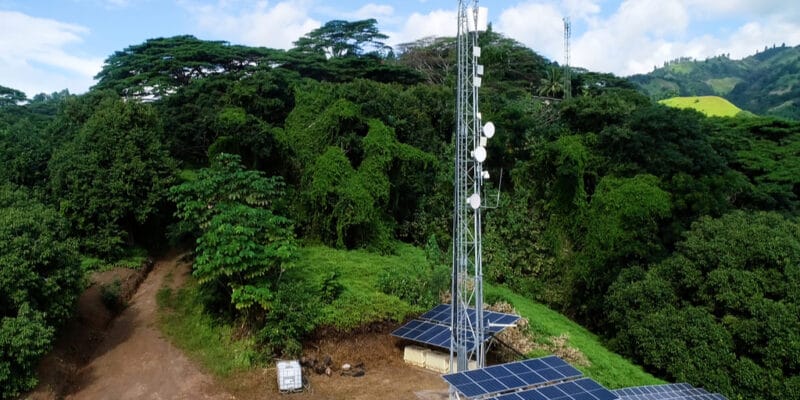 The Canadian company NuRAN Wireless has just signed an agreement with Orange DRC, the subsidiary of the French giant Orange, to supply solar-powered telecommunications masts to 2,000 sites in the Democratic Republic of Congo (DRC).

The mobile phone operator Orange wants to extend the coverage of its mobile network in the Democratic Republic of Congo (DRC). The French company has signed a contract worth almost 327 million euros with Canadian operator NuRAN Wireless to deploy the 2.75G network in remote locations. As part of this partnership, the Canadian company will build 2,000 telecommunications masts powered by photovoltaic solar energy.

This second-generation network is expected to cover at least 10 million people, mainly in rural areas where they are often forced to travel to make calls. “The services initially offered by the company are based on 2.5G network services and Orange DRC may, during the partnership period, request an upgrade of the site in order to deploy internet services requiring more capacity than that offered by 2.5G (i.e. 3G, 3.5G and/or 4G),” says NuRAN. The company has 40 months to complete the installation of all telecommunications towers. The company will give priority to localities with a population of more than 5,000 inhabitants.

NuRAN Wireless will thus carry out its second “important” contract in Africa and with Orange, after a first partnership signed with Orange Cameroon. “The social and environmental impact and our commitment to sustainable development embody NuRAN’s mission and vision of connecting the world,” said Francis Letourneau, NuRAN’s Chairman and CEO.

The Canadian operator will operate its facilities for 10 years. The partnership with NuRAN is part of the French company’s strategy to equip its antennas with off-grid solar systems. Orange has also signed an agreement with the new company Escotel to supply, install, operate and maintain decentralised hybrid solar energy and storage systems at 900 telecommunication sites in Sierra Leone, Liberia and, eventually, the DRC.

This strategy not only reduces the environmental impact of telecom towers, but also reduces their operating costs. This is an important factor since this equipment has to operate 24 hours a day to provide the network and internet connection to the populations.