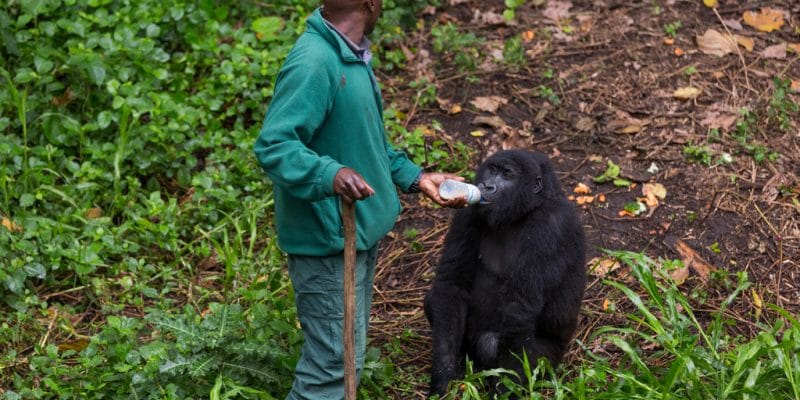 The management of the Virunga National Park, located in the east of the Democratic Republic of Congo (DRC), will soon benefit from €4 million (more than 2.6 billion CFA francs) in funding to safeguard the biodiversity area. The funds will come from the Global Wildlife Conservation (GWC) and the European Union (EU).

The management of the Virunga National Park (PNVI) in the Democratic Republic of Congo (DRC) has just received a favourable response following the launch of the “Virunga Fund” in early 2020. The aim is to obtain funding to provide urgent support to the park, which is threatened by several ills (epidemics, poaching…). On December 16th, 2020, almost a year after the PNVI management’s request, the Global Wildlife Conservation (GWC) and the European Union (EU), in collaboration with the ecologist and actor Leonardo DiCaprio, decided to launch two initiatives for a total of 34 million euros (more than 22.3 billion CFA francs) for a better protection of the planet in 2021.

The second initiative will enable the PNVI, located in the east of the DRC, to benefit from funding of 4 million euros, the equivalent of more than 2.6 billion CFA francs. This money will be used by those in charge of the natural area to progress in their efforts to prevent disease, protect wildlife and assist the families of eco-guards “fallen in the line of duty”.

Conservation of monkeys and gorillas

The GWC and EU investment will also be used to restore and secure the natural habitat of the PNVI and to train eco-guards, strengthening the park’s role in the economic growth, peace and stability of the DRC.

The PNVI authorities will also benefit from GWC’s technical expertise in ape conservation. “The wildlife conservation organisation based in Austin, the capital of the state of Texas (USA), will ensure the scientific and technical monitoring of the projects that will be developed in the PNVI via a committee of technical experts. The latter will inform and help organise the reintroduction of the endangered Eastern Lowland Gorillas back into the park”, says the EU.

Established in 1925, Virunga National Park, formerly known as Albert Park, also has 700 elephants. “Over the past five months, the park has undergone an unexpectedly rapid transformation with a herd of about 580 African elephants entering the park from Queen Elizabeth National Park in Uganda and remaining there. There were already some 120 elephants in the wilderness area,” the EU explains. In particular, these elephants have transformed Virunga National Park into a veritable grassland savannah, allowing the return of grazers and other wildlife that had been absent from the park for two decades. These include buffalo, Ugandan kobs, warthogs, topi, etc.