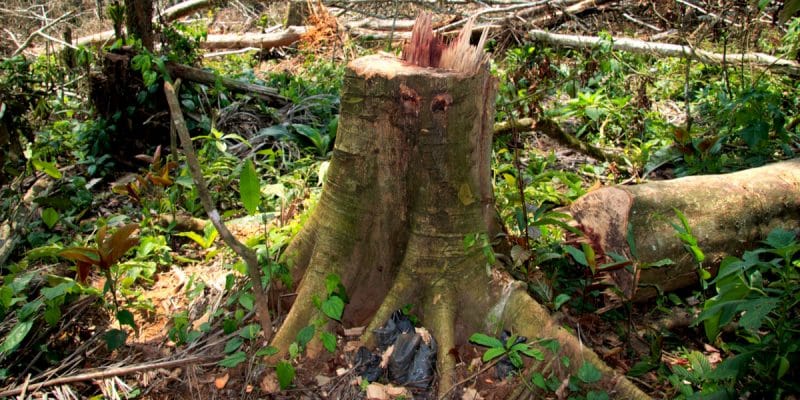 The government of the Democratic Republic of Congo (DRC) has suspended twelve logging concessions located in the east and west of the country. These concessions were granted in violation of a moratorium put in place in 2002 on the allocation of new logging titles in the DRC.

The second largest tropical forest in the world after the Brazilian forest, the Congolese DR forest covering an area of 155 million hectares represents one of the last bulwarks of the planet against global warming, and remains a hot spot of biodiversity. It is home to forest elephants, gorillas, bonobos, okapis, hundreds of bird species and thousands of plants.

In 2002, following the civil war that paralyzed the Democratic Republic of Congo (DRC), the government declared a moratorium to prevent the plundering of these immense forests and thus protect their biodiversity. With the support of the World Bank, the DRC was supposed to transform its forestry sector into a sustainable industry that would generate billions of dollars in revenue and thousands of jobs, while protecting the forest.

The DRC government also implemented the Forestry Code of August 29, 2002, which requires, among other things, that any forest to be conceded be subject to a prior investigation so that it can be made free of any rights. In this case, consultation with the local populations living in the forest is mandatory to guarantee social peace and the peaceful enjoyment of the conceded forests. However, in violation of this normative framework, many logging contracts have been issued, to the great displeasure of environmental non-governmental organizations (NGOs) and local communities.

More than 12 titles awarded in violation of the 2002 moratorium

To stop the bleeding of the forest, the Congolese DR Ministry of the Environment has instructed the General Inspectorate of Finance (IGF) to conduct an audit of the granting of forest concessions. Published on April 26, 2022, the audit report mentions numerous irregularities in the management of forest resources in the Central African country. Twelve of the 18 logging contracts identified in the IGF report have been suspended by the Congolese Minister of the Environment and Sustainable Development. These 12 logging and conservation concession contracts are located in the provinces of Tshopo (east), Mongala (west), Mai-Ndombe (west) and Equateur (northwest). According to Minister Ève Bazaïba, the 12 suspended contracts do not respect communities or biodiversity.

The IGF report is also a step towards the commitments of the DR Congolese government to the Central African Forest Initiative (CAFI). On the sidelines of COP26 held in November 2021 in Glasgow, Scotland, the DRC signed a $500 million agreement with CAFI for the sustainable management of its forest cover.