Homepage » DRC-EGYPT: agreements for a drinking water project and a solar PV plant

DRC-EGYPT: agreements for a drinking water project and a solar PV plant 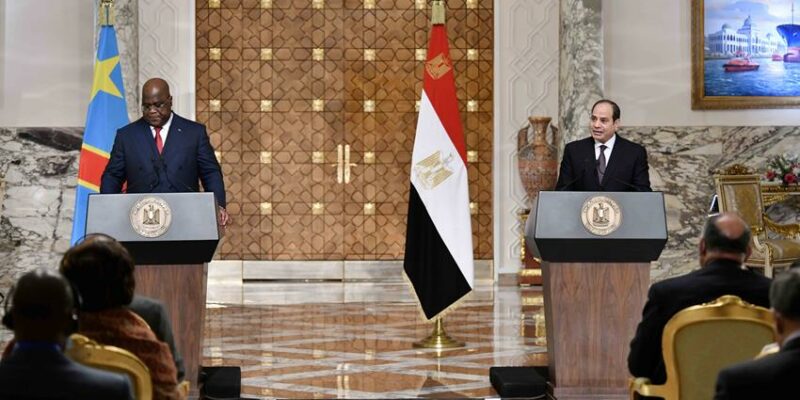 The governments of the Democratic Republic of Congo (DRC) and Egypt have just signed agreements for the construction of the Tshipuka solar photovoltaic power plant, as well as a drinking water plant on the Lubi river in the Sankuru province.

The President of the Democratic Republic of Congo (DRC), Félix Antoine Tshisekedi Tshilombo has just completed a state visit to Egypt. During this visit, several agreements were signed with the Egyptian government and companies, including the one concerning the construction of the Tshipuka photovoltaic solar power plant. The engineering, procurement and construction (EPC) contract for this facility will be carried out by Egyptian companies.

In a letter dated January 22nd, 2021, Michel Ngongo Salumu of the DR Congolese Ministry of the Budget states that the construction of the Tshipuka solar power plant has been entrusted via a special authorisation (by mutual agreement) to a consortium formed by the Egyptian company Hassan Allam Construction and its subsidiary Power Generation Engineering and Services Company (PGESCO), based in Cairo, Egypt. The solar power plant, which will have a capacity of 10 MWp, will be located in the province of Kasai Oriental.

A drinking water plant in Sankuru

The aim of the solar project, which will require an investment of 19.7 million dollars, is to solve the (immediate) electricity problems in the province of Kasaï Orientale, pending the construction of the dam and the Tshibasa hydroelectric power station, which will have a capacity of 50 MW. The DR Congolese government has included the Tshipuka solar project in the framework of the Accelerated Presidential Programme for the fight against poverty and the reduction of inequalities launched by Félix Antoine Tshisekedi Tshilombo.

The DRC government has also signed agreements with Egyptian companies for the construction of a drinking water plant on the Lubi river in the Sankuru province. This project aims to improve the supply of drinking water to the populations of this province located in the centre of the DRC. The Sankuru is at the heart of the Project for the reinforcement of socio-economic infrastructures in the central region (Prise). It will provide the province with 10 drinking water supply mini-networks. This other project is financed by the African Development Bank (AfDB).