DJIBOUTI: AFD finances the extension of the capital’s sanitation network 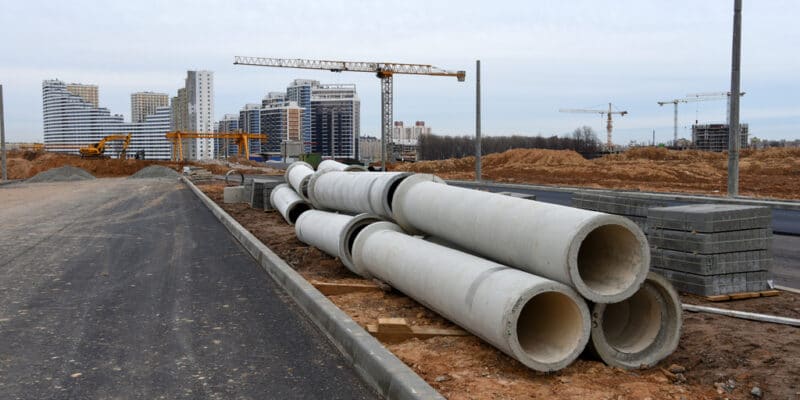 French Development Agency (AFD) grants a $12 million subsidy to Djibouti. The financing is earmarked for the extension of the sanitation network in the capital of this country in the Horn of Africa.

This is another sign of the strengthening of diplomatic relations between Djibouti and France. Just three weeks after President Ismaïl Omar Guelleh’s visit to the Elysée Palace, Paris has agreed to finance the development of this country in the Horn of Africa through the French Development Agency (AFD). The financial arm of French diplomacy is granting a 12 million euro grant for the extension of Djibouti city’s sanitation network.

The financing agreement was signed on March 4th, 2021 between Ilyas Moussa Dawaleh, Djibouti’s Economy and Finance Minister in charge of Industry and Philippe Collignon, AFD’s Director in Djibouti. The ceremony took place in the presence of Mohamed Ahmed Awaleh, Djibouti’s Minister of Agriculture, Water, Fishing, Livestock and Fishery Resources, Arnaud Guillois, France’s Ambassador to the Republic in Djibouti and Mohamed Fouad Abdo, the Director General of Djibouti’s National Water and Sanitation Office (ONEAD).

New connections to the sewerage network

According to AFD, this new grant is the second tranche of an initial financing allocated in 2019 in partnership with the European Union for the implementation of the project to extend and strengthen Djibouti’s sanitation network (Perrad). ONEAD will draw on AFD’s new financing to extend the collective sanitation network in Djibouti’s capital, Djibouti, enabling households to be connected. The public company will thus ensure the construction of new connection boxes in two additional districts of Djibouti (city) notably Q5 and Q6, located in the high-water table zone.

These facilities will enable the waste water to be conveyed to the Douda wastewater treatment plant, which has a capacity of 3,700 m3 per day. The wastewater treatment plant was built and commissioned in 2014 by Stereau. The French company also operated the facility until 2015 before transferring the skills to ONEAD. Chlorine-treated wastewater is conveyed to the plantations, green spaces and vegetable gardens owned by ONEAD.

Cleaning up the Douda River

In this way, the treatment plant avoids the discharge of effluent into the Douda River, which flows directly into the Gulf of Aden connecting the Red Sea and the Arabian Sea via the Strait of Bab-el-Mandeb. The project to extend the collective sewerage network of the city of Djibouti ” complements other projects already completed and underway such as the Perrad-1 (in neighbourhoods Q7, Q7 bis, Cité Stade, Q5 and Q6), the extension of the Douda treatment plant, the construction of the Balbala wastewater treatment plant, etc. The objective is to achieve a connection rate of 60% in the medium term and 80% in the long term after completion of all the projects provided for in the sanitation master plan, and to enable the reuse of treated water for agriculture”, explains Mohamed Fouad Abdo, ONEAD’s managing director.

According to AFD, water resource management is a key issue throughout Djibouti’s territory which is located in an arid zone. The State of Djibouti launched a policy several years ago to improve drinking water supply. The increase in the volume of water available upstream naturally leads to greater use at household level, and the volume of wastewater downstream is logically multiplied as a result.