Homepage » CONGO: Total and FRM to plant a 40,000-hectare forest on the Batéké Plateau

CONGO: Total and FRM to plant a 40,000-hectare forest on the Batéké Plateau 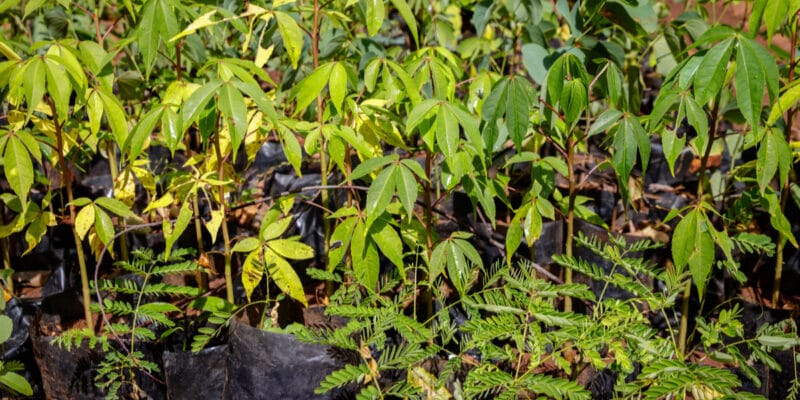 France's Total and Forest Resources Management (FRM) have just signed a partnership agreement with the Republic of Congo to plant a 40,000-hectare forest on the Batéké Plateau. According to forecasts, the new forest will sequester more than 10 million tonnes of CO2 over 20 years.

The oil company Total has enlisted the services of the Forest Resources Management (FRM) group to achieve its goal of zero net carbon emissions by 2050. This is the purpose of the partnership agreement that the two French groups have just signed with the government of the Republic of Congo. The document concerns the planting of a 40,000-hectare forest on the Batéké Plateaux, a mosaic of grassy and shrubby savannahs covering some 10 million hectares in the centre of the Central African country.

The Batéké Project plantations have three specific objectives: to increase the Republic of Congo’s forest cover in order to increase its carbon storage capacity, to create new economic sectors with wood from the plantations to diversify the national economy, and to create a real basis for the emergence of a green economy in the Republic of Congo. “With this project on the Batéké Plateau, Total is committed to developing natural carbon sinks in Africa. These activities complement the priority actions taken by the Group to avoid and then reduce emissions, in line with our ambition to become carbon neutral by 2050. They also contribute to developing the natural potential of the Congo and to broadening our long-term partnership with the country, where Total has been present for 50 years,” explains Nicolas Terraz, President, Africa, Exploration & Production at Total.

Capturing more than 10 million tonnes of CO2 over 20 years

The Batéké reforestation project will cover 70,000 hectares, or nearly eight times the area of Dakar, the capital of Senegal. The species planted will consist of acacia and cassava. According to the project promoters, responsible management of the future forest, through selective cutting, will encourage the natural regeneration of local species and supply the cities of Brazzaville and Kinshasa (in DR Congo) with energy wood and plywood. Among the economic benefits of the project is a local development fund that will support health, nutrition and education initiatives for neighbouring villages.

This project is a continuation of the National Afforestation and Reforestation Programme (Pronar), launched in 2011 by the Congolese government to develop one million hectares of multi-purpose forest and agroforestry plantations by public and private partners. The FRM Group is also working on two other reforestation projects in the Republic of Congo as part of this programme. These are the Batéké Brazzaville forest plantation company (SPF2B), the Congolese subsidiary of the FRM group, which manages forest and agroforestry plantations, their renewal and the extension of planted areas in Congo, on the Batéké Plateaux. The French group is also involved in the Cofor project, for the management of forest plantations, their renewal and the extension of planted areas along the Congolese coast.