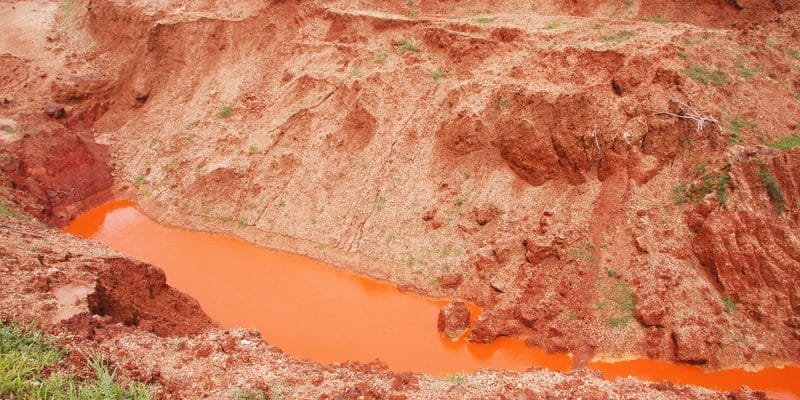 Agil Congo will have to repair the environmental damage caused by its mining company, or risk prosecution by the government. Based in northern Congo Brazzaville, it has destroyed 150 streams in 32 sites without even holding a mining permit.

In Kellé, an administrative post in northern Congo Brazzaville, people’s complaints finally turned out to be enough to make Agil Congo stop. The Chinese gold mining company in this locality had its operations suspended, before being given formal notice by the State.

Following several alerts from nature associations, the Minister of Tourism and the Environment conducted a working mission to Kellé on January 19, 2019. Arlette Soudan-Nonault was shocked by the sobering reality of the situation. Local populations are on the verge of an unprecedented ecological disaster. In search of gold, Agil Congo, like an elephant in a porcelain store, destroyed everything on its way. In Nguingoli village, the population has lost its water source (the resource is contaminated), including wood. It is likewise the case for the Andoubi sites in Akamou village. Nearly one hundred and fifty streams on thirty-six sites have been damaged. The inhabitants no longer have water, neither to drink nor to wash. They all suffer from a disease called “Nkwaka Nzoka”.

Following an inspection visit to 32 mining sites, where the Chinese company operated, the minister made comforting statements to residents. “I therefore decide, pursuant to article 45 of the Law on Environmental Protection, to issue a formal notice prohibiting all activities of Agil Congo. This company will have to clean up, reforest, and decontaminate all the operating sites, after having carried out an audit on the damage caused. The administrative officer will study the procedures for implementing this measure with his services within two months,” said Arlette Soudan Nonault in front of a jubilant population in Kellé.

The Minister also denounced the illegal nature of Agil’s disastrous activities. While releasing the President of the Republic from all responsibilities, Arlette Sudan reported that Agil had received a mining “exploration” permit from the government, not a mining “exploitation” permit. The minister had explained to Agil Congo’s executives the procedures for obtaining approval, otherwise the company would find itself in the most complete illegality. However, the latter has never received a certificate of compliance, which is the first official document issued by the Ministry of Tourism and Environment, in the process of obtaining a mining permit.

Unfortunately, environmental disasters in mining sites are not confined to Congo Brazzaville. Other African countries, in their quest for economic growth, are increasingly relying on the mining industry. Like other activities related to the transformation of nature, the industry is currently posing very acute environmental problems in many parts of the world.

Poorly managed mining operations are often responsible for environmental pollution and contribute to the loss of biodiversity and the many economic, health and social services it provides.

However, the various mining laws in several countries on the continent provide for the environmental aspect to be taken into account in the execution of industrial projects. However, in practice, it must be noted that these laws have been violated, with mining companies and a local administration very often suspected of collusion, to the detriment of nature and the sacrificed populations. In this context, Arlette Soudan-Nonault’s decision is therefore more significant.