Homepage » CHAD: The great return of rhinos to Zakouma after 50 years of absence

CHAD: The great return of rhinos to Zakouma after 50 years of absence 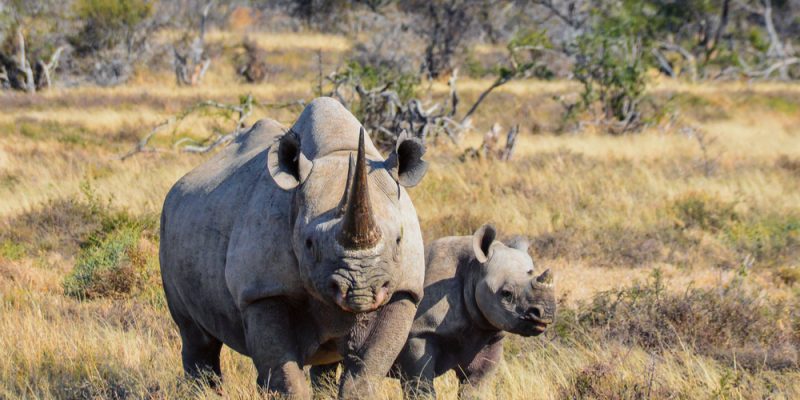 On Thursday May 3, 2018, six black rhinos flew to Chad from South Africa. A fine gesture that illustrates the new cooperation strategy of African government agencies in species conservation.

After a 5,000 km flight from South Africa to Chad, six rhinos will be reintroduced into Zakouma National Park (located in the southern Chadian town of Zakouma). The information was made public by the South African National Parks Directorate. Chad, where the population of this specie has been in extinction since 1972 and where measures have been put in place to combat poaching, could thus become a new reservoir of black rhinoceroses.

“By establishing a viable and protected species in Chad, we are contributing to the expansion of their population in Africa and the survival of a species that has suffered greatly from poaching over the past six years,” said South African Environment Minister Edna Molewa.

In October 2017, Chad and the South African conservation NGO, African Parks, signed a cooperation agreement aimed at protecting biodiversity and ensuring the survival of endangered animal species in Zakouma. The agreement also provided for the reintroduction of the black rhino into the city’s National Park.

Cooperate to save the species

According to the International Union for Conservation of Nature (IUCN), the situation of this species remains of concern, as it remains in the “critically endangered” category. In Africa, there are barely 5,000 specimens of black rhinos left (compared to more than 60,000 in the 1960s), and South Africa alone has nearly 1,900.  The Mandela country also has nearly 20,000 white rhinos, nearly 80% of the species worldwide. Once the Black Rhinoceros was present in all African savannahs and much more widespread than the white. Rhinos are killed in Africa and sent to China or Vietnam, where they are used in traditional medicine.

South Africa is flying to Chad’s aid after helping Bostwana, Tanzania, Zambia, Malawi and Rwanda. Many nature conservation problems are common to different African countries. In recent years, the latter have begun to pool their efforts to find solutions against poaching and the loss of biodiversity in their region. For South Africa, this transfer is a way of forging relations, of finding common solutions for African countries in order to face common challenges. In the same spirit, IUCN announced at the end of March 2018 a new strategy for the conservation of the Cuvier’s Gazelle in North Africa: concerted efforts between government agencies dedicated to the conservation of biodiversity in Morocco, Algeria and Tunisia, to safeguard an emblematic and endemic species.