Homepage » CHAD: Amdjarras, first and only wind city of the country?

CHAD: Amdjarras, first and only wind city of the country? 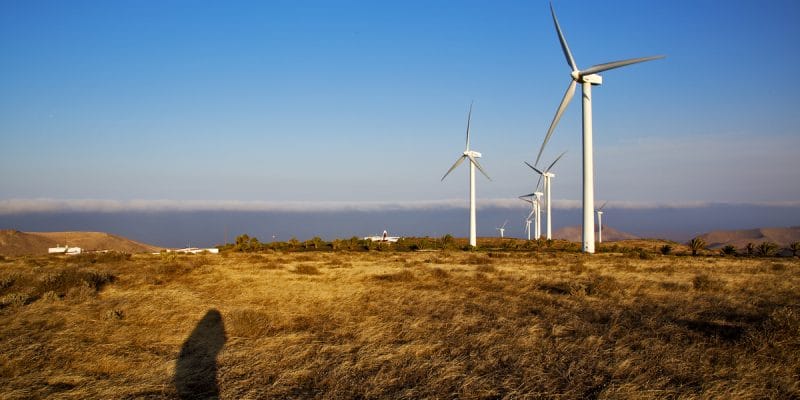 Amdjarras, the small Chadian town located in the Eastern Ennedi region, will undergo an energy revolution at the end of this year. The village where President Idriss Deby was born will be fully electrified by 1000 KW of wind energy; a premiere in Chad.

President Idriss Deby visited his home village in eastern Chad on June 11, 2018 and it was mainly about a site visit for the construction of a wind farm in Amdjarras. The “Beain Ganis” power station has been under construction since the beginning of 2017. The work, now in its second phase, involves pulling electrical cables to the substations. More specifically, the technicians responsible for carrying out this project informed the President of the Republic that all that remained was to install circuit breakers to connect the energy produced by the four wind turbines to the Amdjarass electricity grid. They are already functional and each capable of a maximum production of 250 KW. Amdjarras will eventually be powered by 100% renewable electricity.

The public treasury, at this stage, has already injected 6.56 billion FCFA (ten million euros). This is a cost considered extremely high by the Chadian head of state himself, whose country is going through an economic slump characterized by back wages in the civil service. An important investment, certainly, but which will ensure the delivery of quality electrical energy, without discontinuity and whose turbines operate without CO2 emissions.

The raw material for wind energy is wind. These air movements, totally free and available everywhere in Chad. According to experts, the northern half of this Central African country has good potential with winds reaching speeds of 7 to 7.5 m/s. However, the generalisation of wind farms on a national scale, as in Amdjarras, seems unlikely in the short term, as it requires a lot of infrastructure and financial means; too much for Chad. According to World Bank figures published this year, Chad is the 20th poorest country in the world. The annual GDP per Chadian is $811.

CHAD: 200 drinking water supply systems to be built in 2 years

CHAD: $105 million from the World Bank for climate-related food security