Homepage » CHAD: Addax and oryx transferred from Abu Dhabi to a reserve in Batha

CHAD: Addax and oryx transferred from Abu Dhabi to a reserve in Batha 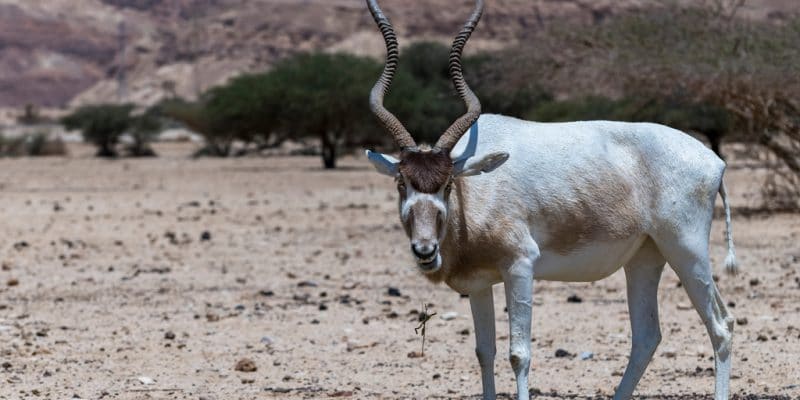 Some addax and oryx have recently been reintroduced into Ouadi Rimé-Ouadi Achim Achimal Wildlife Area. They come from Abu Dhabi, the capital of the United Arab Emirates, as part of a conservation programme.

The Chadian Minister of Environment, Water and Fisheries, Mahamat Ibrahim Djamaladine, recently visited the Ouaddaï region to welcome 25 oryxes and 15 addaxes. These endangered antelopes come from Abu Dhabi in the United Arab Emirates to participate in a conservation programme.

From Abéché airport, the animals were transported in a convoy of several trucks to Ouadi Rimé-Ouadi Achim Achimal Wildlife Reserve in the Batha region of central Chad. Addax is a white antelope species with a spotted nose that is virtually extinct in the wild. It is still possible to observe a few of them in Niger, precisely in the Termit and Tin-Toumma National Nature Reserve (RNNTT).

The oryx is found in several regions of the African continent, particularly in Eastern and Southern Africa. It stands out from other gazelles of the African savannah by its long, thin and straight horns; not to mention its relatively short mane, its hump on the shoulder and its large hooves. Its colour is fine, white, and has black, grey and/or brown marks. In addition, both male and female species have horns. Although this species is not a priority in conservation programmes for endangered species in Africa, it is still necessary to protect it in Ouadi Rimé-Ouadi Achim Achimal Wildlife Reserve, where the oryxes are hunted as game. 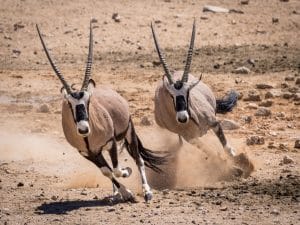 For this reason, the Chadian government has taken charge of the situation. In 2016, a group of oryxes was freed there. The 25 animals that have just arrived from the United Arab Emirates will repopulate this 77,950 km² natural area, almost three times the size of Rwanda (26,338 km²). In this reserve with its very arid climate, there are other herbivores such as the dama gazelle, the dorcas gazelle or the red-fronted gazelle.