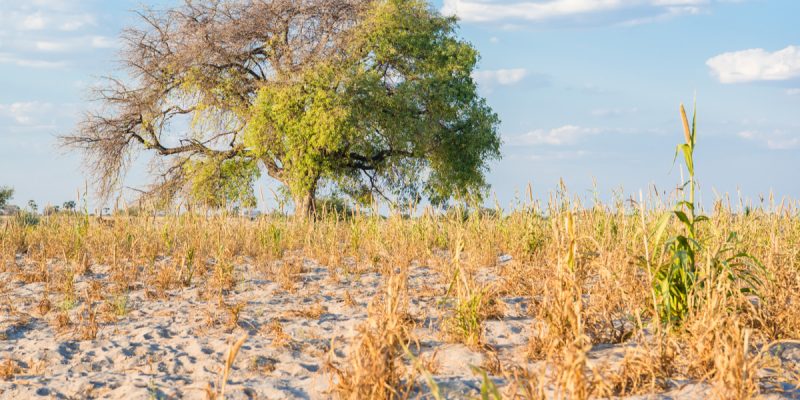 The Global Environment Facility (GEF) is putting into practice its support to the Chadian part of the Project for Strengthening Resilience to Food and Nutrition Insecurity in the Sahel (P2RS). The related financing agreement, worth $5.3 million, was signed in Ndjamena on July 8, 2020 by the various stakeholders.

The financing of the Chadian part of the Project for Strengthening Resilience to Food and Nutritional Insecurity in the Sahel (P2RS) has been completed. The expected additional envelope from the Global Environment Facility (GEF) was released on July 8, 2020, during a ceremony held in Ndjamena, the capital of Chad. The financing agreement, worth US$ 5.3 million (CFAF 3.1 billion), was signed between the Chadian Minister of Economy and Development Planning, Issa Doubragne, and the African Development Bank (AfDB) Resident Representative in Chad, Ali Lamine Zeine.

Minister Issa Doubragne thanked the AfDB for the support it is providing to the Chadian government in its policy of environmental protection and the attainment of food sovereignty and the well-being of the rural world.

The GEF funding is complementary to the funding already allocated by the African Development Fund (ADF) of approximately $15 million. This represents ADF-GEF co-financing totalling US$ 20.3 million.

The P2RS, which is already being implemented until 2022, also operates in six other Sahelian countries (Burkina Faso, Gambia, Mali, Mauritania, Niger and Senegal). It primarily targets the most vulnerable households, particularly smallholders, herders and farmer-breeders and traditional fishermen (180,000 farms and SMEs have been targeted). In total, the number of direct and indirect beneficiaries impacted will reach 3,030,000 people exposed to serious climate-related risks.

In order to increase the climate resilience of these people, the project is structured in three components, namely: improving agro-sylvo-pastoral productivity in drylands; promoting integrated ecosystem management for improved resilience and biodiversity conservation; and knowledge management and monitoring-evaluation.