Homepage » CENTRAL AFRICA: The two Congos will fight poaching together

CENTRAL AFRICA: The two Congos will fight poaching together 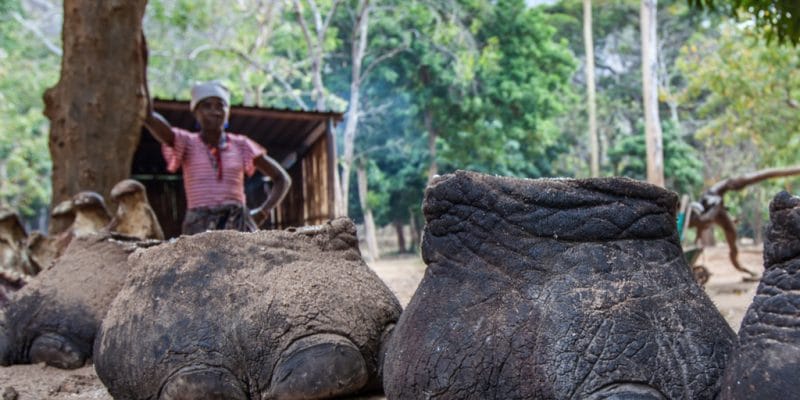 Brazzaville and Kinshasa have just strengthened their cooperation in the fight against poaching. Both countries are located in the heart of the second largest green lung on the planet and affected by this illegal hunting, which is decimating several animal species at their borders.

A bridge connects Kinshasa, the capital of the Democratic Republic of Congo (DRC), and Brazzaville, the headquarters of Congo’s institutions. Congolese authorities crossed it to Kinshasa. They were able to meet with their counterparts to strengthen their partnership to combat poaching in these two countries with their abundant biodiversity.

The agreement signed between Kinshasa and Brazzaville concerns the binational area of Lakes Télé and Tumba, which serves as the border between the two countries. The wetlands around these two lakes will be transformed into national parks. “We have shared forest ecosystems, which are intended for conservation. First, we had to allocate our landscapes to conservation, so we had to create the paras on the Congo Kinshasa and Congo Brazzaville sides, start by creating the institutions that these national parks are,” said Rosalie Matondo, Congo’s Minister of Forest Economy. The protection of biodiversity in this transboundary area has been a concern for both States for many years.

According to the United Nations Development Programme (UNDP) in Congo, Lake Télé Lake Tumba is the largest rainforest and the second-largest wetland in the world. It covers 126,440 km², straddling the Congo and the DRC. About 70% of the area is composed of seasonally flooded wet forests and grasslands, the remainder being dry land and savannah.

This landscape also plays an essential role in the climate and hydrology of the Congo Basin, as well as in the management of the sites. It is all the more exceptional, on the African and global scale, as it shelters in relatively high density the three communities of great African primates (gorillas, chimpanzees and bonobos), as well as forest elephants, hippopotamuses, 16 species of day monkeys and 7 species of duikers (or dwarf antelope). More than 350 bird species have been observed, including large populations of waterfowl. There are also Nile crocodiles, armoured neck crocodiles and wide-fronted crocodiles.

So, inevitably, the two countries have a great interest in collaborating to conserve this extraordinary natural heritage. Since 2010, Congo and the DRC have signed a cooperation agreement on the protection of this cross-border area. This partnership has given birth to an initiative, the ” Lake Télé Lake Tumba ” project. The objective is for capacity building on both sides of the Congo River, to involve local communities in participatory natural resource management, to conserve and use wetlands efficiently through local, national, regional and international cooperation to contribute to sustainable development. The Kinshasa meeting was also intended to move from intentions to action.