Homepage » CAMEROON: The Paepys drinking water project will be completed by the end of 2022

CAMEROON: The Paepys drinking water project will be completed by the end of 2022 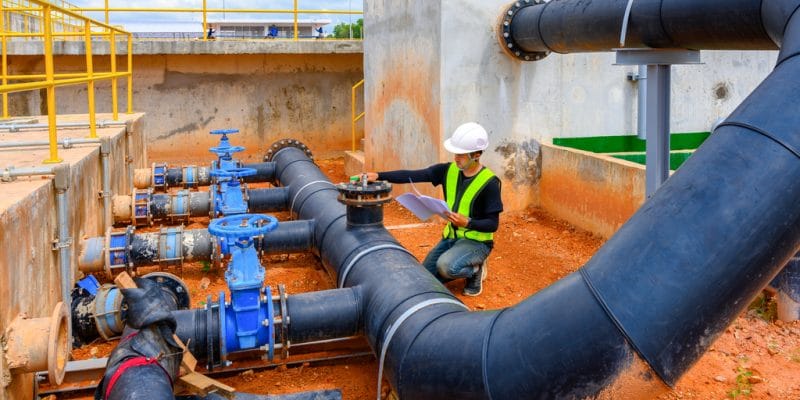 Scheduled for December 2021, the Chinese company Sinomach will finally deliver the Yaoundé City Drinking Water Supply Project (Paepys) at the end of 2022. The facilities built under the Paepys project will be capable of supplying 300,000 m3 per day, expandable to 400,000 m3.

There is news about the Yaoundé City Drinking Water Supply Project (Paepys) in Cameroon. During a visit to the construction site on July 27th, 2021, the Cameroonian Minister of Water and Energy, Gaston Eloundou Essomba, announced that the delivery of the future drinking water production facilities has been postponed until the end of 2022. The work carried out by the Chinese company Sinomach was initially due to be completed in December 2021.

Launched in 2017, the Paepys will benefit the towns and localities bordering Yaoundé, namely Batchenga, Obala, Nkometou, Soa and Ntui. The future drinking water installations which will be supplied from the Sanaga River, will provide 300,000 m3 of water per day, which can be extended to 400,000 m3. Officially, the current demand for drinking water in the city of Yaoundé is 315,000 m3 per day. However, the only drinking water treatment plant in Akomnyada, which supplies the political capital, provides barely 100,000 m3 per day.

The Yaoundé water supply project is being financed by the Cameroon government with a loan of 399 billion CFA francs (more than 608 million euros) from Exim Bank of China, the Chinese state-owned bank specialising in foreign trade.