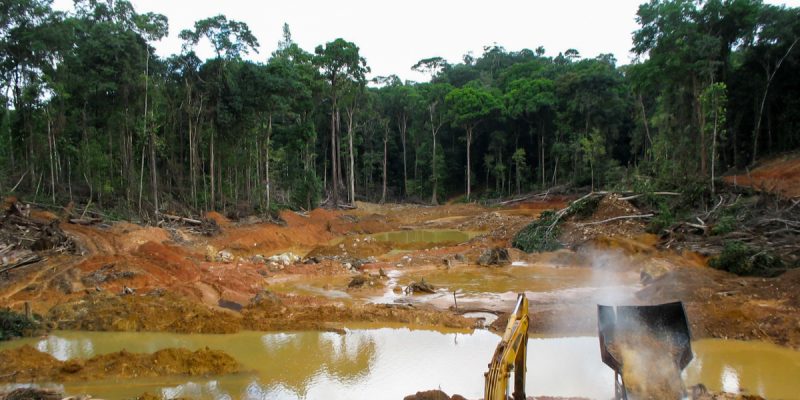 Greenpeace Africa is demanding the "immediate" cancellation of the $25 million loan recently granted by Deutsche Bank to Singaporean rubber giant Halcyon Agri to support investments in its plantations in Cameroon and Malaysia. The environmental protection NGO sees this as support for deforestation.

Greenpeace Africa’s fight against Halcyon Agri’s investments in the Cameroonian rainforest continues. The Africa office of the international NGO which campaigns for the protection of the environment has recently published a note in which it demands the “immediate” cancellation of the loan facility worth 25 million dollars (about 14.5 billion CFA francs) granted on 2 July 2020 by Deutsche Bank to the Singapore-based rubber giant Halcyon Agri.

According to Deutsche Bank, part of the financial support is to provide additional food security and increase the revenue of 13,000 small farmers living in the Sudcam project area. But Greenpeace questions the genuineness of such a commitment, as Halcyon Agri is accused of serious transparency failures and has a heavy record of human rights abuses and environmental crimes, according to Greenpeace. “Deutsche Bank must cancel its loan to Halcyon Agri. The bank would do better to invest its millions directly in the communities whose livelihoods and rainforests have been destroyed by the company,” said Irene Wabiwa Betoko, head of the Greenpeace Congo Basin Forest Campaign.

The destruction of about 10,000 hectares of rainforest

The NGO Greenpeace is not the first to denounce the agro-industrial project SUDCAM. In a report published on November 25, 2019, the organization revealed that the presence of this rubber production company in the southern region of Cameroon has led to the destruction of a forest the size of the city of Paris (more than 100 km² editor’s note).

Faced with the accusations made by environmental activists, Halcyon explains that she is referring only to the “clearing and felling of logging areas”.

The SUDCAM project is 80% owned by the Cameroon Rubber Development Corporation (SDCC), which since 2016 has been owned by Halcyon Agri. The remaining 20% is held by the palm and rubber production company (SPPH), a private Cameroonian company.