CAMEROON: CAMWATER to provide 20 towns with drinking water stations by 2022 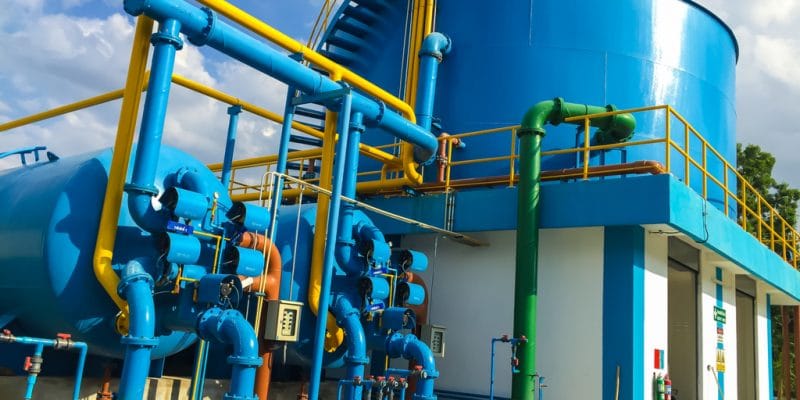 The Cameroon Water Utilities Corporation (CAMWATER), the public office in charge of water distribution, is implementing the project to design, rehabilitate and build drinking water supply systems in 20 towns in Cameroon.

In Cameroon, the installed water production capacity is 731,080 m3 per day and the total storage capacity is approximately 253,374 m3. As of 2019, the country aims to have 75% access to drinking water by the end of 2022. With this in mind, the Cameroonian government, through the Cameroon Water Utilities Corporation (CAMWATER), the public water board, has signed an agreement with the Indian company WPIL, which specializes in the commissioning and maintenance of pumping systems, for the construction of drinking water production centers in 20 cities in the country.

The contract covers the design, rehabilitation and construction of drinking water supply systems in six of Cameroon’s ten regions, including the Centre, Littoral, West, North West, South West and South. The total targeted capacity is 300,000 m3 per day. This project initiated in 2018 will require an investment of 51 million euros (or 34 billion CFA francs).

The project will also involve the expertise of the Cameroonian company Nkah Engineering in hydraulics. The company will be responsible for the supply and installation of pumps, the construction of water storage tanks, and the construction and rehabilitation of drinking water supply systems including treatment plants.

This contract between Cameroon and WPIL is an integral part of the country’s water supply master plan, which aims to achieve a coverage rate of 85% by 2032. To achieve this, cities are a priority.

This drinking water project will benefit the towns of Bafia, Bokito, Mbandjock, Ombessa, Nanga Eboko, Ngoumou and Akonolinga in the Central Region. Manjo and Dibombari in the Littoral. Bambui, Bambili, Nkambé, Bali and Fundong located in the North West region. Kumba and Mamfe, two cosmopolitan cities in the Southwest. Bana and Bansoa in the West and Ebolowa, the capital of the South region.

According to Cameroon’s National Institute of Statistics (INS), in 2018 the rate of access to drinking water was 77% in urban areas. Camwater has undertaken several projects in recent years to improve the supply of drinking water in urban and peri-urban areas, such as the water supply programs for the cities of Dschang, Garoua-Boulai, Garoua, Maroua, Yabassi, Meyomessala, Nkongsamba and Melong. Production, transportation, and storage works, which eventually allowed to increase the national production level in urban areas from 692,480 m3 per day to 731,080 m3 per day and that of the storage capacity from 249,884 m3 in 2017 to 253,374 m3 currently.