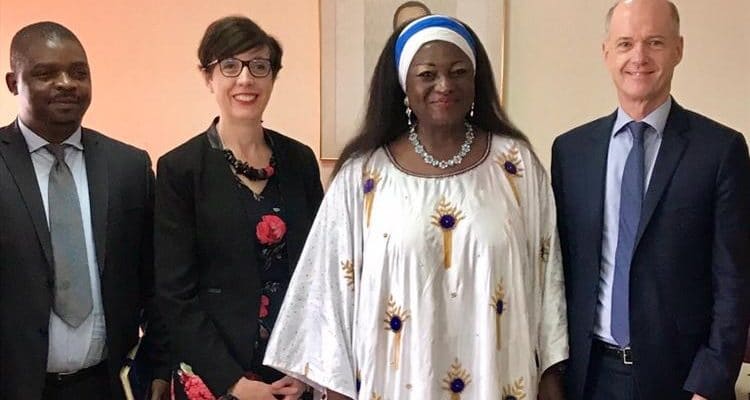 Cameroon promises to deploy a strong participation at the 28th Africa-France Summit on Sustainable Cities in June 2020 in Bordeaux. This Central African country is facing serious urbanisation challenges. Its capital Yaoundé has been welcoming an average of 300 new residents per day for the past few months.

The Secretary General of the 28th Africa-France Summit recently visited Cameroon. With three months to go before the summit, Stéphanie Rivoal, in a successful seduction operation, went to solicit the presence of the country “Africa in miniature”. To do so, the ambassador was able to exchange on March 2, 2020 with Cameroon’s Minister of Economy, Planning and Land Development, Alamine Ousmane Mey, who assured her “of the strong Cameroonian presence” at the meeting scheduled in Bordeaux, from June 4 to 6, 2020, under the theme of sustainable cities and territories.

Although Stéphanie Rivoal is surrounded by Cameroonians in the preparation of this event (notably Pierre de Gaétan Njikam, 3rd deputy mayor of Bordeaux, in charge of African affairs), her visit to Cameroon is justified above all by the major urbanisation challenges facing the country.

The sustainable city, an emergency for Cameroon

The separatist crisis in the north-west and south-western regions since November 2016 has produced more than 500,000 internally displaced people (IDPs), who are fleeing violence to seek refuge in other parts of Cameroon. These displacements have exacerbated the rural exodus already under way, to the extent that today, a city like the capital, Yaoundé, welcomes an average of 300 new inhabitants a day.

This galloping urbanisation is no exception in Cameroon. “The number of people living in African cities is currently close to 600 million, and by 2050 this number is expected to double to 1.2 billion Africans living in cities. Cities, when they are not sufficiently developed, can become hell, instead of being places where wealth is produced,” Rivoal said.

It is to find solutions to these problems that the 28th Africa-France Summit wants to bring together nearly 40 heads of state, 1,000 entrepreneurs and 400 African mayors to discuss the theme of sustainable cities. They will discuss issues such as access to water, electricity, housing, youth employment and mobility. The Bordeaux summit aims to lay the foundations for an African city, based on infrastructures that consume less energy, pollute less and are economically affordable.