CAMEROON: 125 kWp solar power plant will soon be delivered to Eneo in Lomié 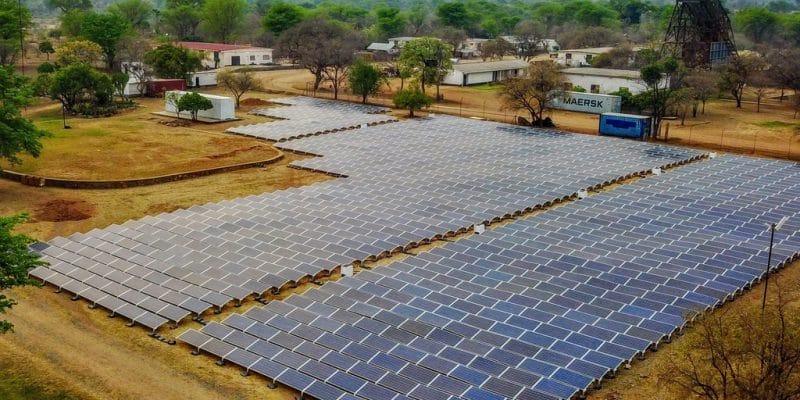 The Cameroonian electricity distribution company Eneo (Energy of Cameroon) plans to acquire a 125 kWp solar power plant in a few weeks time in Lomié, in the Eastern region of Cameroon. The company recently announced this in its 2020 report.

The Cameroonian electricity distribution company Eneo will soon have a new photovoltaic solar power plant. The installation will have a capacity of 125 kWp. It will be located in the commune of Lomié in eastern Cameroon.

According to Eneo, work on the construction of the Lomié solar power plant started in February 2020. The concession holder of the public electricity service in Cameroon, in its recently published quarterly bulletin, states that in March 2020, the construction site was 85% complete.

The new solar power plant will support the local thermal power plant. This will ensure stability and better continuity of the electricity utility. The energy sector in Cameroon is currently suffering from insufficient supply. According to data published in 2018 by the World Bank, 62% of Cameroonians have access to electricity.

The new solar power plant to be taken over by Eneo is therefore timely. Thanks to the installation, the populations of Lomié will be able to be better supplied with electricity.

This is not Eneo’s first experience with solar energy. On January 25, 2018, the company commissioned its first hybrid solar thermal power plant in the city of Djoum in southern Cameroon. The plant has 60 solar panels and has a capacity of 186 kW. The solar hybrid plant in Djoum is combined with another thermal power plant with a production capacity of 1115 kW. “The choice of the hybrid for this first experiment is based on the fact that this solution both saves on operating costs and guarantees security of energy supply,” said Joël Nana Kontchou, former Eneo’s managing director, when the solar system was commissioned in 2018.

“Concretely, in Djoum, we inject both solar and thermal energy into the isolated network during the day. The fuel gains recorded during the day can be used in the evening to cover the entire demand. What’s more, the operating time of the thermal units is reduced. This limits the risk of breakdowns and thus allows a better availability of the machines,” said Eugène Ngueha, the central director of technical activities of Eneo (Energy of Cameroon).

The Djoum solar power plant was built by the Spanish company Elecnor, one of the world’s leading groups in the development, construction and operation of projects. A contract worth 319 million CFA francs (486,312 euros) was signed between the Spanish company and Eneo.

In addition to Lomié and Djoum, the towns of Lagdo (Northern region), Garoua (Northern region), Yokadouma (Eastern region), and Ngaoundal (Adamaoua region) will also benefit from Eneo’s solar programme in Cameroon, which aims to lead to the hybridisation of the thermal power plants installed in these different localities. According to Eneo, feasibility studies have already been carried out on the various sites.