Homepage » BURKINA FASO: the Nagréongo solar power plant (30 MWp) to be commissioned in 2021

BURKINA FASO: the Nagréongo solar power plant (30 MWp) to be commissioned in 2021 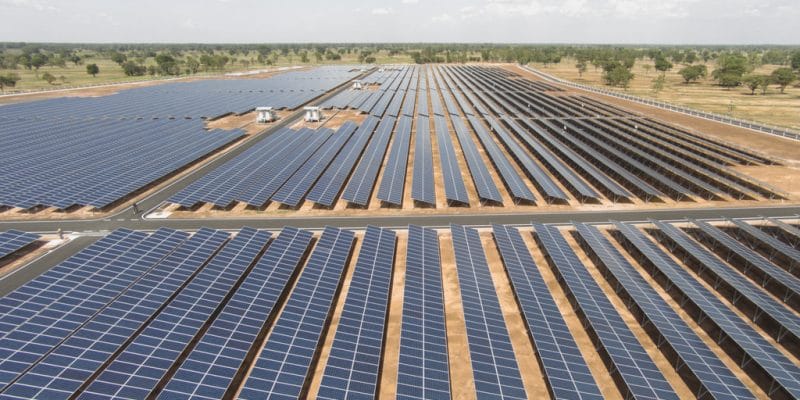 The French independent power producer (IPP) GreenYellow has just launched construction work on the Nagréongo photovoltaic solar power plant in the Plateau-Central region of Burkina Faso. The plant, which will have a capacity of 30 MWp, will be commissioned in mid-2021.

The construction work for the Nagréongo solar power plant has started. The developer of the project, the French company GreenYellow, took advantage of the ceremony to launch work on this clean energy production facility to sign a protocol on its social and environmental responsibility (SER), and to present the community actions already carried out around the project. These include the installation of solar street lamps at the Nagréongo health and social promotion centre (CSPS), at the departmental high school and along the main market of the municipality.

The solar project is being carried out on a 50-hectare plot of land in Nagréongo, 15 km south of the town of Ziniare, and about 30 km north-east of Ouagadougou. GreenYellow is responsible for the construction of the solar power plant through its subsidiary GreenYellow SAS. The facility will be equipped with solar panels, inverters, step-up transformers, as well as support infrastructure such as maintenance buildings, a control room and offices.

According to GreenYellow, construction of its solar power plant will be completed in mid-2021. The 30 MWp generated by the solar power plant will be evacuated via an existing substation, as well as a 21 km overhead (33 kV) transmission line, the financing and construction of which will be financed by GreenYellow. Ownership of the line will then be transferred to the National Electricity Company of Burkina Faso (SONABEL).

The state-owned company will be responsible for operating and maintaining the line. It will also purchase electricity from the Nagréongo solar farm under a power purchase agreement (PPA). According to GreenYellow, its solar power plant will be able to provide 50 GWh of electricity per year while avoiding the emission of 27,500 tonnes of CO2 over the same period.