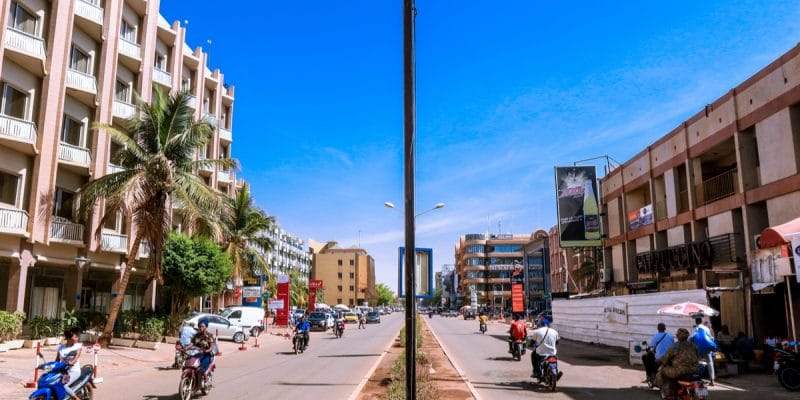 Yssif Bara, a Burkinabe electronics engineer, has recently set up a prototype of traffic lights that operate using solar energy. It did not take long for the government to express its interest in this innovation, which is not only ecological, but also three times less expensive than the few traffic lights imported by the country.

The Burkinabe government does not hide its interest in the solar traffic lights invented by Yssif Bara. This enthusiasm was reflected on August 22, 2019 in a visit by the National Renewable Energy and Energy Efficiency Agency (Aneree) to the electronics teacher’s home in Bobo-Dioulasso. “We are here to convey to you the congratulations of the hierarchy and also to propose a partnership with Aneree,” said Souleymane Gansaoré, head of public relations at Aneree.

Aneree proposes to test the technology and implement it in Burkina Faso’s cities. This recognition expressed by the State was welcomed by Yssif Bara. The 30-year-old researcher sees it as a way to make his dream come true, to “equip all the crossroads of Burkina Faso with solar traffic lights”.

An ecological and economical innovation

The inventor of solar traffic lights admits that he was motivated by both ecological and economic reasons. Although insufficient, the traffic lights available in Burkina Faso are imported, and at exorbitant costs, according to Yssif Bara. “The cheapest traffic light in Burkina Faso is about 20 million CFA francs (about 40,000 dollars, editor’s note)”. As they are connected to the power grid, the lights stop in the event of a load shedding. Their maintenance is expensive for the State, which must import foreign expertise when these fires fail.

Bara intends to overcome these risks thanks to his invention. “The cost of my traffic lights will be almost two to three times cheaper than imported traffic lights. And also because it was done here, in case of failure, the maintenance will be local and it will be done quickly,” said the young inventor in a VOA news report.

In addition, the energy source used by this innovation is ecological, inexhaustible and does not depend on power cuts.

Burkina Faso, which nevertheless has a good sunshine rate estimated at 5.5 kWh/m2.Jr, is nevertheless dependent on Ivory Coast, which provides 30 to 40% of its electricity. The invention of solar traffic lights will therefore be part of the dynamic of measures aimed at establishing the energy autonomy of this West African country. Moreover, at the Paris Climate Conference in 2015, Burkina Faso pledged that 30% of national electricity consumption would come from solar energy by 2025-2030.