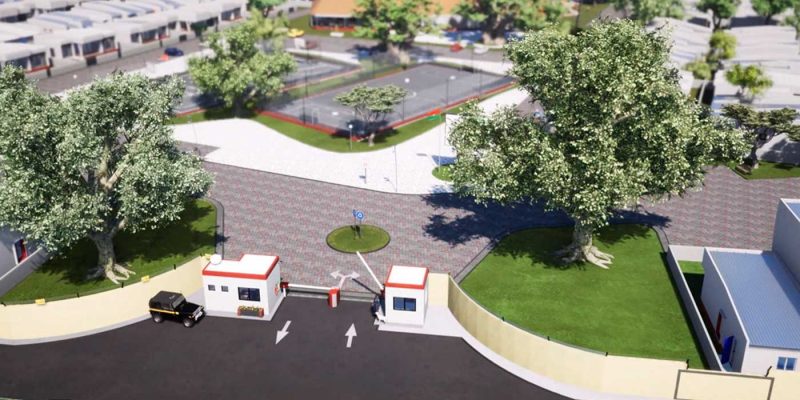 PNBF, a subsidiary of the PNHG group, an international construction company, has recently started construction work on an ecological city in Yagma, located in Ouagadougou, the capital of Burkina Faso. It will be called the "Bioclimatic City of Yagma".

The locality of Yagma, located in Ouagadougou, the capital of Burkina Faso, will soon be home to an ecological city. Named the “Bioclimatic City of Yagma”, the real estate project will be carried out by PNBF, a subsidiary of the PNHG group, which specialises in construction. The project, which will cover an area of 9,135 hectares, will eventually include 158 “medium, luxury and high standing” housing units, all in an enchanting and environmentally friendly setting. “The ecological city is built with the aim of promoting living together among Burkinabés. It must therefore be a restful city, a green city, a model city where it is good to live,” says PNBF.

The bioclimatic city of Yagma will also benefit from the installation of fibre optics and a wastewater treatment plant. An underground drainage system will recover all of the wastewater that will be produced by the various dwellings and public toilets in the bioclimatic city. “The wastewater will be conveyed to the treatment plant for treatment, in order to produce clear water that will not be drinkable. This clear water will be pumped back to the various green spaces via a gravity drip irrigation system,” explains Yassta Ouedraogo, the general manager of PNBF. The ecological city of Yagma will also be “intelligent and ultra-connected”.

A project worth about 12.2 million euros

The project to build the bioclimatic city in Burkina Faso, a West African country, will cost some 12.2  million   euros (8 billion CFA francs) to GNPF. The construction company plans to inaugurate the ecological city in 36 months.

According to PNBF, to become a homeowner in the bioclimatic city of Yagma, it will cost 60,000 euros, the equivalent of 40 million CFA francs.