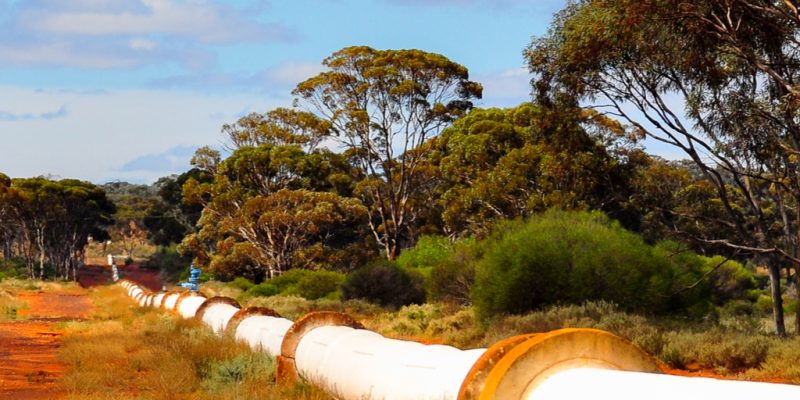 China Construction Botswana is starting work on a drinking water supply project in the town of Lobatse, 65km south of Gaborone in Botswana. The project facilities will serve at least nine communities near the Botswana capital.

The start of work at Lobatse was given by the President of the Republic of Botswana, Mokgweetsi Eric Keabetswe Masis, almost 12 years after the drinking water project was conceived. China Construction Botswana, which is the project owner, will build a new pumping station. The fresh water will be supplied via 57 km of steel pipeline with a diameter of 900 m. The pipeline will run along the A1 motorway between Gaborone and Lobatze. The drinking water will be stored in a 16,000 m3 concrete tank.

The subsidiary of China State Construction and Engineering Corporation has 12 months to complete the work. The Botswana government estimates that it will take about 1.046 billion pulas (over $92 million) to complete the Lobatse drinking water project.

Currently, communities along the A1 highway between Gaborone and Lobatse receive a mere 14,000 m3 of water per day. The ongoing project will benefit the communities of Ramotswa, Otse, Mogobane, Mankgodi, Manyana, Goodhope, Lekgolobotlo, Mmathethe, Molapowabojang and some surrounding villages.

The drinking water project will increase this capacity to 63,000 m3 per day, thereby enhancing household supply for domestic and livelihood needs. Like Gaborone, several towns in Botswana are affected by severe droughts, which exacerbate the water supply problem. The Kalahari Desert covers 68% of Botswana. In addition, 95% of the southern African country’s surface water resources are concentrated in the northwest, near the Okavango Delta.

Currently, groundwater supplies two-thirds of the water consumed in Botswana.