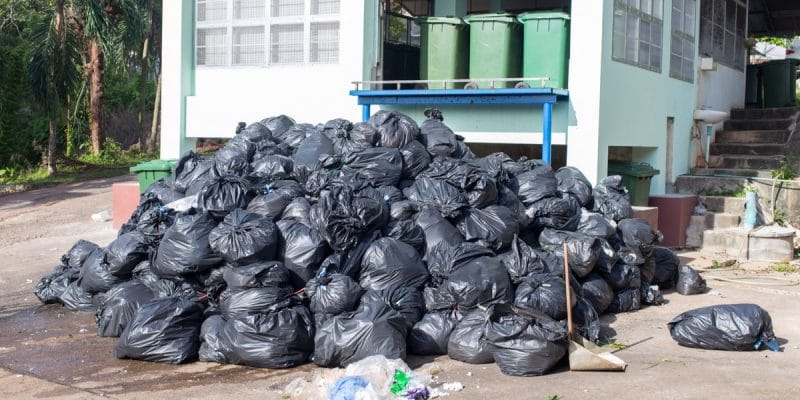 Benin's first biomedical waste treatment centre has been opened on February 27, 2020 in Cotonou, the capital. Equipped with a modern boiler, this private investment has the particularity of operating in a sustainable manner. Here, waste is treated in an unprecedented way with ozone.

Sustainable cities and territories #12. Our series in partnership with the Africa-France 2020 Summit.

It all began in December 2017 with a visit by Jean-Baptiste Satchivi, President of the Benin Chamber of Commerce and Industry, to the premises of the Lutzelbourgeois company (in the east of France) Clinical Environment Service, which specialises in the treatment of hospital waste and is run by Hervé Bezold.

Just over two years later, on February 27, 2020, a waste treatment unit for infectious healthcare waste (Dasri) was inaugurated on the outskirts of Cotonou, the country’s capital. It is equipped with a machine in the shape of a sea container, capable of processing 200 kg of biomedical waste per hour, almost ten times the capacity of an incinerator.

An environmentally friendly technology and process

At the Cotonou landfill, hospital waste (compresses, needles, blades, syringes or laboratory waste) is treated with ozone, commonly used for the treatment of drinking water, thanks to its excellent disinfection and oxidation qualities. Once poured into the machine, waste with infectious risks is crushed, compressed and sterilised, without producing noise or heat. The technique here does not consist in incinerating the waste. Ozone is produced in the intake air and oxygen is released, while the machine disinfects the waste perfectly, thus eliminating any risk of contamination. After this pre-treatment phase, the contents of the machine are not carbonised, but instead become perfectly recoverable in terms of energy.

This initiative, the first of its kind in Benin, is the initiative of private actors in the health sector, such as the Platform of the Private Health Sector of Benin (PSSP). Initially, this project will be implemented in three other departmental capitals out of the twelve in the country. “We will proceed step by step,” said Dr. Lucien Dossou Gbété, president of the PSSP.

The Beninese State has not remained insensitive to this ambitious project of treatment of waste from health care activities with infectious risks (Dasri). The government expressed its interest by granting the project exemption from customs duties.