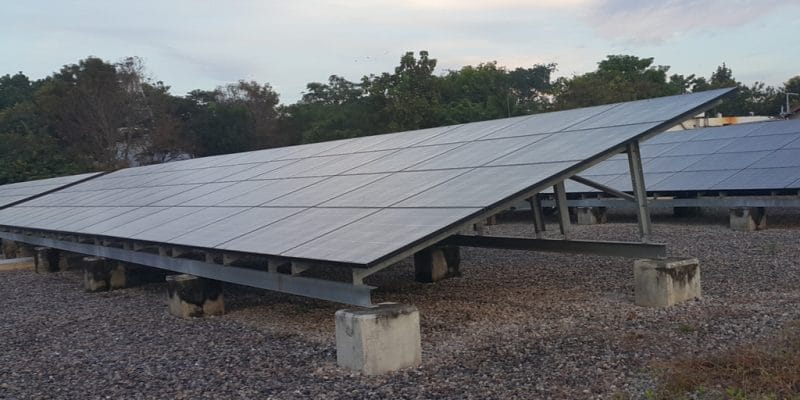 The Government of Benin has recently inaugurated a mini solar photovoltaic power plant that provides electricity to the populations of the Borgou and Alibori regions in the east of the country.

In Benin, the populations of Borgou and Alibori now have a facility that ensures the supply of electricity. It is a clean energy produced by a solar power plant that has been inaugurated in the east of the country, on the border with Nigeria.

The small solar photovoltaic power plant is being built in the village of Bouanri. It is composed of 60 250 Wp solar modules, 12 solar inverters and 72 batteries. They serve to store electricity that allows people to have light after sunset. The solar power plant supplies 40 kWp.

According to the government, the Bouanri solar power plant is capable of supplying 200 households in rural areas. Electricity is supplied to families via a 3 km low-voltage network. On site, workers of the Benin Electric Power Corporation (Sbee) are currently connecting households to the mini grid. As the standard of living is lower in rural areas, the state-owned company reduced the electricity utility subscription rate to 50,000 CFA francs (76.22 euros) from the usual 180,000 CFA francs (274.4 euros).

The small solar power plant also supplies 10 streetlights and a drinking water supply with a daily capacity of 20 m3. The construction of the facilities required an investment of 200 million FCA francs (about 305,000 euros). This project is part of the Government Action Programme. Also as part of this initiative, the Benin Electric Power Corporation and the Beninese Rural Electrification and Energy Management Agency (Aberme) immediately commissioned a 161 kV high-voltage line between Parakou, Bembèrèkè, Kandi and Malanville.

Likewise, an electricity transformer substation was commissioned in Alibori. “The brand new post of over 25 billion CFA francs in investment positions you as an energy pioneer in northern Benin. And it is from Kandi that the energy will now leave to go to Malanville. The infrastructure installed gives you what you need for 25 years without any hardship,” explains Jean-Claude Houssou, Benin’s Minister of Energy to the people of Parakou, Bembèrèkè, Kandi and Malanville.