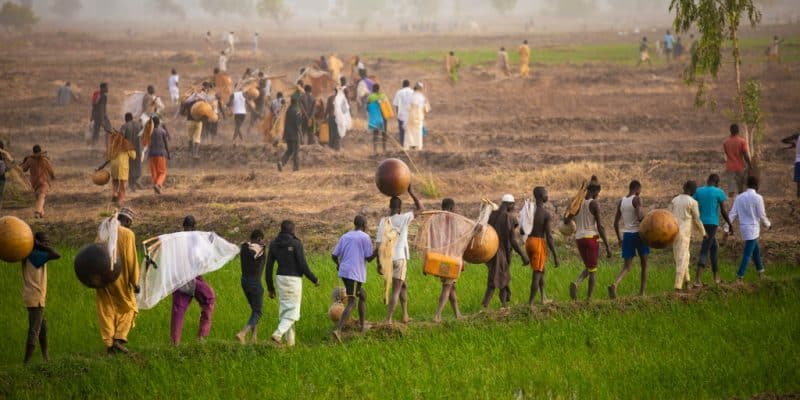 The Green Climate Fund (GCF) is providing $60 million in funding for climate resilience in rural areas in Benin and The Gambia. The funding will be used to implement projects led by the UN Food and Agriculture Organization (FAO).

The Green Climate Fund (GCF) is again supporting climate resilience in Africa. This time, this financial mechanism of the United Nations (UN) is releasing 60 million dollars in funding for two West African countries. In Benin, the $35 million in funding will enable the implementation of the Ouémé Basin Climate Resilience Initiative (OCRI).

This project, implemented by the UN Food and Agriculture Organisation (FAO), aims to improve the climate resilience of communities in the basin, with a focus on agricultural yields for the 61% of the population who depend on agriculture for their livelihoods. According to the UN agency, the six-year project will reduce the vulnerability of rural communities to extreme weather events and climate disruption.

“An integrated low-carbon and climate-resilient basin management approach, as well as the strengthening of climate-resilient value chains for maize, shea, mango and cashew, will ensure the long-term sustainability of the project and its future impact,” the FAO said. According to the Rome, Italy-based organisation, the project, which will promote agroforestry, will benefit 330,000 smallholder farmers.

FAO and its local partners plan to implement climate-resilient land and water management practices to create conditions for sustainable agriculture on 95,000 hectares in the Ouémé River basin. The project is expected to indirectly benefit 6 million people in south-eastern Benin.

Sustainable aquaculture in The Gambia

The other part of the VCF funding, $25 million, is for The Gambia. In this West African country, FAO is implementing the Climate Resilient Fisheries for Improved Livelihoods Initiative (Prorefish). The project will strengthen the climate resilience of Gambian fishing communities, which are particularly vulnerable to sea level rise and climate stressors. Adaptation measures will include climate-resilient aquaculture, restoration of fisheries habitat through mangrove restoration and oyster farming, and sheltering of small-scale fisheries infrastructure.

According to the FAO, global warming mitigation through the restoration of 2,350 hectares of mangrove forests will generate carbon dioxide (CO2) sequestration benefits of approximately 238,519 tonnes over a 20-year life span. The six-year project is expected to benefit 168,000 people who depend on the fisheries value chain.