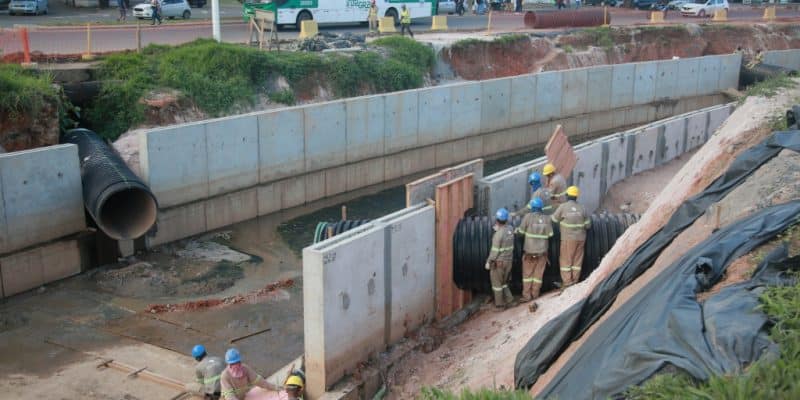 The International Development Association (IDA), a subsidiary of the World Bank Group, is granting a $200 million loan to Benin. The financing will allow the continuation of activities planned under the Rainwater Sanitation Programme for Secondary Cities (PAPVS), which aims to reduce the risk of flooding in the country.

The US$ 200 million financing was approved on 29 September 2022 by the World Bank Group’s Board of Directors. The International Development Association (IDA) is providing the loan to finance Benin’s ongoing Secondary Cities Stormwater Sanitation Programme (SCSSP).

The programme, implemented by the Beninese Ministry of Living Environment and Sustainable Development, aims to combat persistent flooding in Benin. This phenomenon is caused by flooding of the Niger River and its tributaries. One of the most notable episodes occurred in the south of the country in 2010, killing 43 people and leaving almost 100,000 homeless.

The rainwater drainage programme is being implemented in Porto-Novo, Bohicon, Natitingou, Abomey, Ouidah, Sèmè-Podji, Abomey-Calavi and Parakou. These cities will be equipped with primary and secondary drainage facilities for runoff to appropriate outlets.

Parakou, with a population of 391,000 (in 2022) is already home to the PAPVS. In this city, the programme will allow the construction of 12 041 ml of primary and secondary collectors, as well as 1 882 ml of roads. This will reduce the vulnerability of the population to flooding, which is expected to worsen with climate change. In May 2021, the West African Development Bank (BOAD) granted a loan of 20 billion CFA francs ($29.75 million) to the Beninese government to finance the work in Parakou.

In addition to BOAD and the World Bank, the programme is supported by the European Investment Bank (EIB), which also committed $140 million in May 2021 for the implementation of the PAPVS in Sèmè-Podji and Abomey-Calavi. In these two cities, the programme will benefit 800 000 people.

The PAPVS will require a total investment of 424 million euros. The Beninese government has included the PAPVS in the framework of the Emergency Urban Environmental Management Project (PUGEMU), which aims to improve infrastructure and mitigate negative impacts on the environment.