Homepage » BENIN: A joint venture will electrify 12 villages via solar mini-grids in one year

BENIN: A joint venture will electrify 12 villages via solar mini-grids in one year 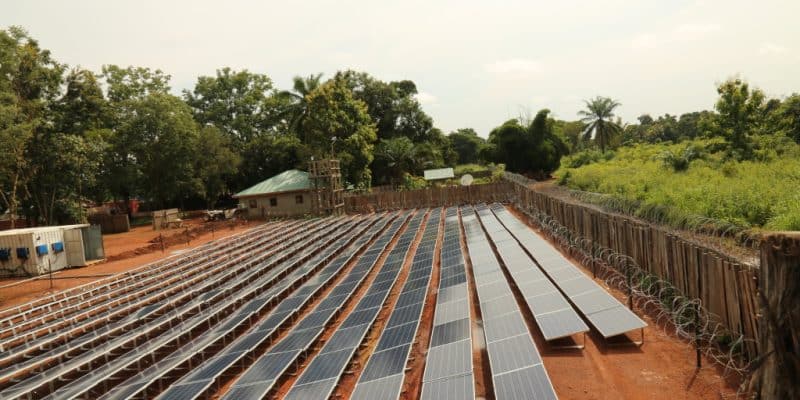 In Benin, three actors are joining forces to electrify rural areas. They are launching the joint venture Les Soleils du Bénin, with a first portfolio of 12 solar mini-grids that will be deployed in one year.

The joint venture Les Soleils du Bénin is being launched by the investment platform NEoT Off-grid Africa (NOA), GDS International, the subsidiary of the Générale du Solaire group, and the electricity access provider African Renewable Energy Systems & Solutions (ARESS). The objective of the partnership is to support the electrification of rural areas in Benin by deploying stand-alone mini-grids powered by solar photovoltaic energy.

The joint venture will get straight to work, delivering a portfolio of 12 solar mini-grids within a year. At an overall cost of $8.5 million, the 12 stand-alone solar systems will have a generating capacity of 1.7 MWp and 3 MWh of battery storage capacity. According to the three partners, these mini-grids will power 5,000 homes and businesses in rural Benin.

Funding from the Millennium Challenge Corporation

The portfolio of 12 solar mini-grids is being developed under a call for projects launched by the MCA-Benin II Offgrid Clean Energy Facility (OCEF). This facility set up by the Millennium Challenge Account-Benin II (MCA-Benin II) aims to increase access to electricity for currently unserved populations in rural and peri-urban areas of Benin by reducing barriers to investment in the off-grid energy segment.

MCA-Benin II, a $421 million US bilateral development fund managed by the Millennium Challenge Corporation. “In order to carry out this operation, NEoT Offgrid Africa has received the support of leading players in the field of rural electrification in Africa: Altai, for the commercial component, DNV for the technical component, Royal Haskoning for the environmental and social component, and Trinity for the legal component,” the consortium said in a statement.

For the record, the OCEF tender was also won by Engie PowerCorner. The subsidiary of the French group Engie will deploy 22 containerised solar mini-grids in rural areas of Benin by 2023. These installations, which will have a capacity of 2.5 MWp, should benefit at least 30,000 people in three departments.