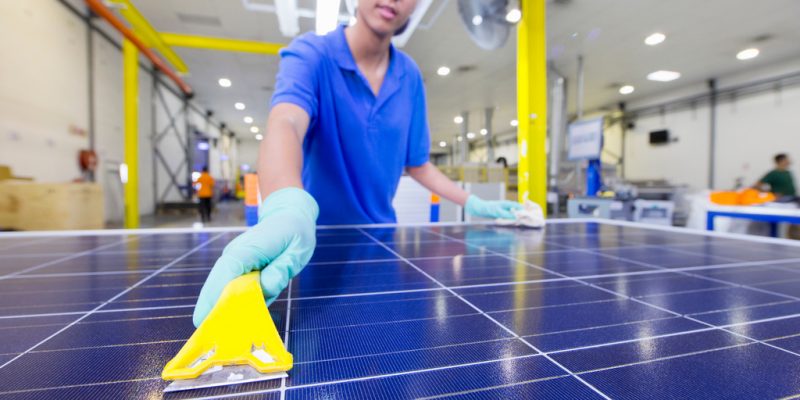 A higher teacher training college for careers in renewable energy, the environment and sustainable development will soon be established in Algeria. The Algerian Minister of Higher Education and Scientific Research, Chems Eddine Chitour, recently presented the government with the draft executive decree on the creation of the institution.

In a few years, Algeria will be able to train more professionals in the field of renewable energies. A teacher training college for training in renewable energy, environment and sustainable development will soon be created in the country. The Algerian Minister of Higher Education and Scientific Research, Chems Eddine Chitour, recently presented the government with the draft executive decree establishing the institution.

The added value of the institution

The school will make it possible to train Algerians in the renewable energy, environment and sustainable development professions. It will support the measures and instruments needed to implement the energy transition policy provided for in the Algerian government’s action plan. “The aim of the institution is to develop new training courses related to the energy transition and to participate in research and technological innovation activities in partnership with the economic sector,” said Algerian Prime Minister Abdelaziz Djerad.

The professionals who will graduate from the future training school will support Algeria’s electricity production from renewable energy sources, which should reach the 22,000 MW mark by 2030. The country already has enormous potential in renewable energies. It benefits from a sunshine duration of 2,000 to 6,000 Wh which, applied to its territory, represents 10 times the current world consumption. This makes the North African country one of the largest reserves of solar energy in the world.

According to the Algerian Minister of Energy, Mohamed Arkab, Algeria is the African and Mediterranean country with the greatest renewable energy potential, as well as the most appropriate capacities for the development and exploitation of this green energy potential on a regional scale. This potential remains the most important in terms of availability as well as power and probably also, one of the most competitive to be developed in the future in various forms.