Homepage » AFRICITIES 2018 FAIR: The venue to design the development of African cities

AFRICITIES 2018 FAIR: The venue to design the development of African cities 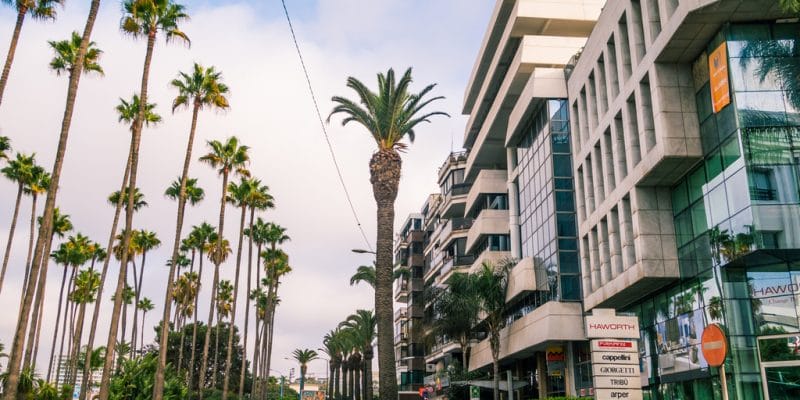 The Africities exhibition will take place from November 20 to 23, 2018 in Morocco. It should enable African cities and other local authorities to find solutions adapted to their development needs.

The International Exhibition of African Cities and Local Authorities will be held from 20 to 23 November 2019 in Marrakech, Morocco. Better known as Africities, it aims to enable participants to find strategies to make local and regional authorities vectors of sustainable development in African cities and territories. For the organising committee, the aim is to “put into perspective the markets, projects and development opportunities of African cities and local authorities”.

The Africities exhibition is a crossroads for exchanges between more than 200 exhibitors, 6,000 congressmen and territorial decision makers. It could bring together nearly 15,000 visitors who will take the opportunity to meet exhibitors who wish to “expand their customer portfolios”. The exhibition is organised by the United Cities and Local Governments of Africa (UCLG Africa) group, under the high patronage of Mohamed VI, King of Morocco. It will take place on the sidelines of the 8th Africities Summit, whose theme does not hide the virtuous ambitions of the participating local authorities: “the transition to sustainable cities and territories: what a role for Africa’s local and regional authorities.”

Rethinking the development of African cities: An urgent necessity

In Africa, 2/3 of the population lives in the countryside but the urbanisation process now at work is one of the fastest in the world.Rethinking the development of African cities: an urgent necessity

In Africa, 2/3 of the people live in the countryside but the urbanisation process now at work is one of the fastest in the world. Nearly 50% of the population is expected to live in cities by 2020-2025, more than one African, according to United Nations projections. At that time, African cities will host an additional 187 million people. As a result, the need for African cities to become sustainable is becoming more pressing than ever. According to the United Nations, the issue of climate change must be part of sustainable city planning in Africa. Especially since African urban areas are frequently affected by floods and the spread of certain diseases such as malaria. And the housing issue is not to be underestimated. In Dar es Salaam, 28% of the population lives with at least three people per room. The percentage is 50% in Abidjan. In Lagos, two out of three inhabitants live in slums. The situation is compounded by the problem of high food costs. The latter are sold at 35% higher prices in African cities than in other low- and middle-income countries. Yet GDP per capita is only $1,000. Surprising data, out of step with the energy and mining wealth… of the African continent.

Promising incentives on the ground

In recent years, Asian countries such as Japan and China have been increasingly inclined to support Africa’s transformation. In 2014, Japan disbursed $10.5 billion for the development of African cities. Japan’s cumulative direct investment in the continent was “only” $758 million in 2000. In 2018, the Japan International Cooperation Agency organised the first annual meeting of the African Clean Cities Platform (ACCP). A meeting that allowed participants to lay the first foundations for a broad strategy for the sustainable management of African cities. At the local level, states are working hard to improve living conditions in their cities. Access to (green) energy is developing very well in countries such as Morocco, Burkina Faso and Ethiopia. Others, such as Kenya, are focusing more on waste recycling… In any case, it will be necessary to anticipate, since Africa must be able to accommodate nearly a billion inhabitants by 2040.