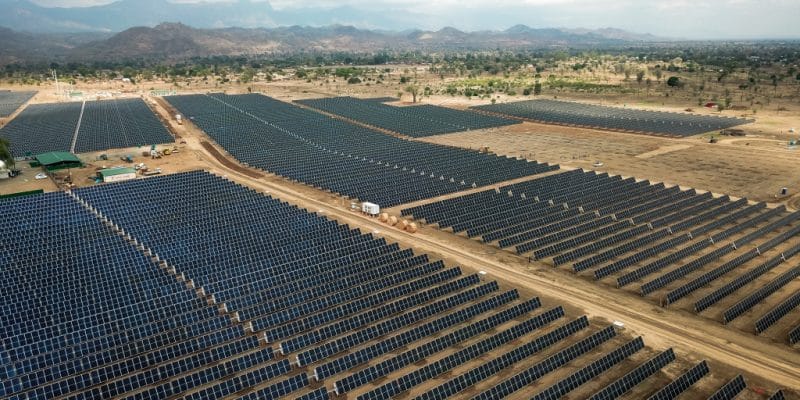 German energy giant Siemens and Saudi company Desert Technologies are launching the Capton Energy joint venture. The aim of this alliance is to acquire and develop a portfolio of 1,000 MW of solar energy and smart infrastructure.

A new company should participate in the development of renewable energy in Africa, the Middle East and Asia. It is Capton Energy, a joint venture between Siemens Financial Services (SFS), the subsidiary of German energy giant Siemens, and Desert Technologies, a company based in Jeddah, Saudi Arabia. The purpose of the alliance is to acquire and develop a portfolio of solar power plants.

Capton Energy, whose management has been entrusted to Umer Ahmad, will target projects with a capacity of between 20 and 100 MW. The ultimate goal is to develop an installed capacity of 1,000 MW in Africa, the Middle East and Asia. It remains to be seen whether the joint venture will invest in grid-connected power plants, or installations for commercial and industrial (C&I) customers.

Either way, Capton Energy will benefit from the expertise of its two shareholders in energy project development. This is the case of Siemens, which is active in Africa through its subsidiary Siemens Gamesa, which specializes in wind power production. The German group has also embarked on the development of the green hydrogen market in Egypt.

For its part, Desert Technologies is a holding company specializing in solar photovoltaic energy and smart infrastructure, focusing on sustainable manufacturing and investment. The company has already completed 42 solar power projects generating 200 MW in 22 countries, including North Africa, East and Southern Africa, and Central Africa.

“Solar energy provides sustainable, clean and affordable energy to places without reliable electricity grids,” said Nour Mousa, founder of Desert Technologies. Capton Energy plans to open its capital to third-party investors to support its expansion plans in Africa, the Middle East and Asia. The joint venture is based in Dubai, United Arab Emirates.