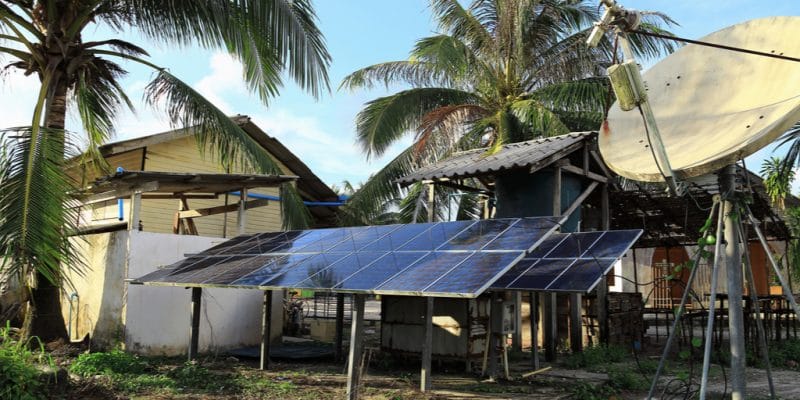 The French telecommunications giant Orange and Greenlight Planet have recently signed an agreement for the distribution of solar home kits in the rural areas of several countries in sub-Saharan Africa.

A new alliance for the electrification of rural areas in sub-Saharan Africa has been formed. It was signed between the French telecommunications giant Orange and Greenlight Planet, a supplier of home solar kits. It is a strategic partnership that will enable both sides to strengthen each other in Africa.

“This partnership with a leading operator like Orange is a great success, as it proves that our solutions are perfectly adapted to the needs of the sub-Saharan population,” said Patrick Muriuuki, Director of Business Development for Africa at Greenlight Planet. This company markets solar systems called Sun King. They are mainly composed of solar panels, batteries for electricity storage and LED light bulbs, which save electricity.

Orange Money at the heart of the alliance

Greenlight Planet’s Sun King systems also have spaces for charging phones. As for the Orange telephone company, for several years now, it has launched its Orange Energy service, the aim of which is to promote access to electricity in rural areas. As part of its diversification strategy, the company has therefore become a distributor of solar kits at home.

The solar home kit is an easy-to-install, home-wide mini-network. It is particularly suitable for rural areas that are sometimes difficult to access. In villages, however, the standard of living does not allow households to easily acquire solar kits. The suppliers of this energy solution have adapted by opting for “pay-as-you-go”, i.e. pay-per-use.

This small-value payment solution is not always easy in rural areas where very few people have access to banking services. “Mobile money” solves this problem by allowing people to have access to a payment service by mobile phone. Greenlight Planet will use the Orange Money service to sell its solar kits at home.

“We believe that this collaborative effort will facilitate and stimulate Sun King’s penetration into Francophone markets in West Africa, adding to the nearly 50 million lives we have touched over the past decade,” said Patrick Muriuuki. This manager indicates that the new alliance between his company and Orange will first affect Burkina Faso.

The aim of the two partners is to extend the supply of solar kits to the entire Burkinabe territory. Their alliance will also take them to other countries in West and Central Africa, including the Central African Republic, the Democratic Republic of Congo, Liberia, Mali and Sierra Leone.

Launched in 2009, Greenlight Planet is now one of the world’s largest suppliers of solar home kits with nearly 27 million customers living mainly in rural areas. The company, which employs 800 people, is present in 60 countries around the world.