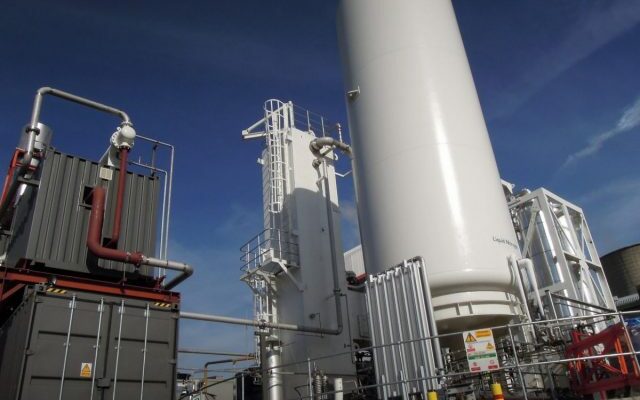 Highview Power, a company specialising in electricity storage, has just raised 70 million dollars to distribute its solutions in Africa. The funds were raised from Janus Capital, the subsidiary of Janus Continental Group (JCG); Sumitomo Heavy Industries (SHI) and the Spanish group TSK.

Highview Power launches its conquest of Africa. The storage system provider based in London (UK) and New York (USA) has just obtained the means to do so by mobilising 70 million dollars. The funds were obtained through a fund raising in which several investors such as Janus Capital took part. The subsidiary of Janus Continental Group (JCG) is taking a stake in Highview Power, thanks to a $13 million investment.

The rest of the funds are provided by Sumitomo Heavy Industries (SHI), as well as the Spanish group TSK, which is involved in major solar photovoltaic projects in Africa. The initial investors and founders of Highview Power have completed the round with $5 million. According to Highview Power, the funds raised in this transaction will be in addition to subsidies already obtained by the company. The $145 million available will enable its deployment in Africa with the marketing of its storage solution called “CRYOBattery”.

Electricity storage on a large scale

“Highview Power’s ability to secure financing from high-calibre energy leaders, despite the challenges of the global pandemic (Covid-19), shows that the industry recognises the immediate need for long-term energy storage, and in particular our CRYOBattery solution,” says Javier Cavada, Highview Power’s President and CEO.

According to the company, its system is capable of storing from 20 MW/80 MWh to more than 200 MW/1.2 GWh of electricity generated from renewable sources. This is a real asset for clean energy plants whose operation depends on variations in climatic conditions. JCG believes that its investment will enable the deployment of this solution on the African continent, particularly in the Great Lakes region where large solar and wind energy projects are currently being developed.

“JCG believes in a diversified energy solution for Africa, and technology such as Highview Power’s will facilitate increased use of renewable energy, reducing regional dependence on fossil fuels and bringing accessible energy to underserved communities,” says the conglomerate of companies investing in the energy, hospitality and real estate sectors.