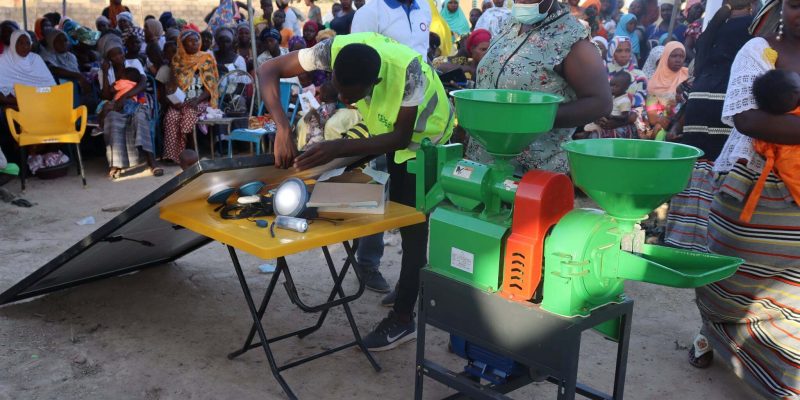 The French group Electricité de France (EDF) announces the winners of the 4th edition of its innovation competition EDF Pulse Africa. Out of 12 finalists, Green Engineering Services from Burkina Faso comes out on top thanks to its solar mill for flour production. This start-up and the three other winners pocket envelopes ranging from 5,000 to 15,000 euros and support to develop their solutions in Africa.

The Burkinabe start-up Green Engineering Services wins the final of the fourth edition of the EDF Pulse Africa awards thanks to its solar mill for flour production. In second place is the Cameroonian start-up My Energy Clever, which has set up a digital energy efficiency solution for businesses and households.

This final comes at the end of a pre-selection campaign called the EDF Pulse Africa Tour, which had six stages: South Africa, Cameroon, Ivory Coast, Morocco, Kenya and Togo. For this 2021 final, the jury was chaired by Beatrice Buffon, the EDF Group’s Executive Director in charge of International Management.

Creating a platform for the development of energy solutions in Africa

By supporting the most promising start-ups and SMEs in energy, EDF contributes to the development of Africa. In addition to incentives ranging from €5,000 to €15,000, the winners will benefit from the EDF Africa Pulse Factory gas pedal, which offers training in installation and maintenance techniques for off-grid solar systems, provided by four partner companies, including Boukarou in Cameroon, Motion in Senegal, Impact Hub in Ghana and Energy Generation in Togo.