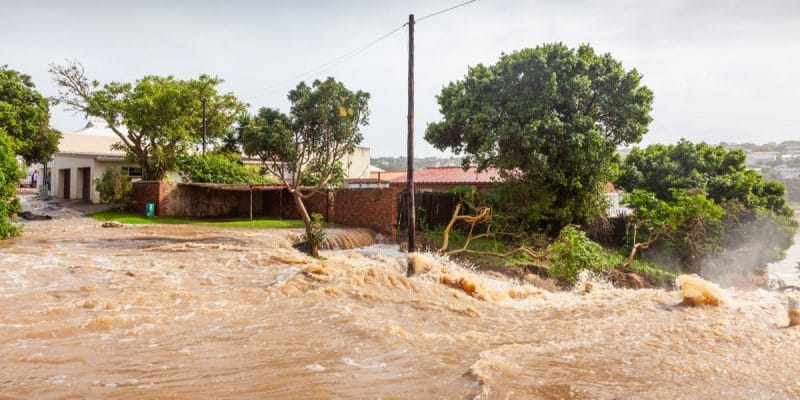 The 6th IPCC report on climate change predicts disastrous scenarios in Africa. The impacts of global warming will also force many African families to abandon their homes. That's about 2.7 million by 2050. Leaders are pinning their hopes on COP26.

Global warming is accelerating faster than expected. The Intergovernmental Panel on Climate Change (IPCC) estimates that the threshold of +1.5°C of warming compared to the pre-industrial era will be reached around 2030, ten years earlier than in previous projections, exposing humanity to unprecedented disasters. In Africa, UN scientists are predicting massive and forced displacement of many households as a result of global warming. Floods, for example, will displace up to 2.7 million Africans. In tropical Africa, fisheries will be affected, with potential catches falling by 40-70%.

In nature, the extinction of animal and plant species will be 1,000 times faster than in the mid-19th century. With warming between +2 and +3°C, up to 54% of terrestrial and marine species could be threatened with extinction by the end of this century. Even at +2°C, polar wildlife (penguins, seals, bears) will be threatened. And at just 1.5°C, 70-90% of coral reefs are at risk.

The responsibility of the industrialised countries

These climate forecasts, published on August 9th, 2021, are part of the first of the four parts of the 6th IPCC report on climate change, which was drafted in 2017. Shocked by the data in the report, the President of the Republic of Gabon, Ali Ben Bongo, is once again calling on his counterparts, particularly those of the industrialised countries, to take strong decisions at COP26, scheduled for November 2021 in Glasgow, Scotland. He fears unfortunate consequences for Africa. “We are facing a risk of climate change with incalculable consequences for our planet and our humanity. And Africa, which is the continent most vulnerable to the effects of climate change, is likely to be hit hard”, fears Ali Bongo.

For his part, the UN Secretary General invited the international community to seize the opportunity of COP26 to sound the death knell for fossil fuels and deforestation, which are the main factors in global warming. “This is a red alert for humanity. The alarm bells are deafening. Greenhouse gas emissions created by fossil fuels and deforestation are choking our planet,” lamented Antonio Guterres, before calling on world leaders to ensure that COP26 is a success in reducing greenhouse gas emissions.