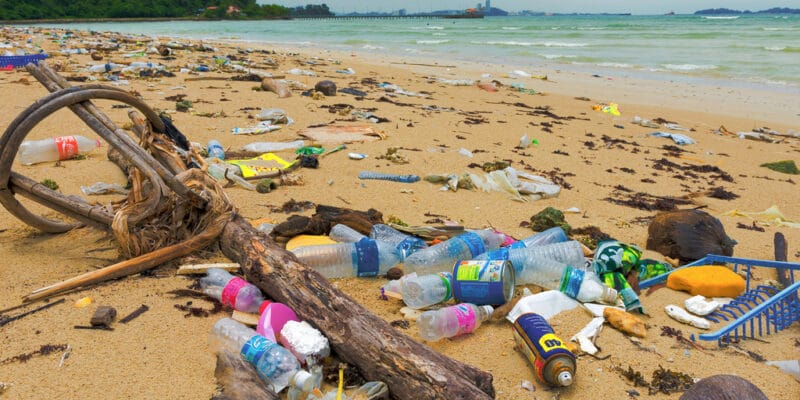 A programme implemented by the UN Food and Agriculture Organisation (FAO) and the International Maritime Organisation (IMO) will support African countries in the fight against plastic waste pollution of the oceans. The GloLitter Partnerships (GLP) programme is funded by the Norwegian Agency for Development Cooperation (Norad).

Plastic waste dumped in the oceans kills many animals every year in Africa. It also has a real impact on the health of populations. In Tunisia, for example, 23 beaches were closed in 2020 because their water was unsuitable for swimming. Most of the rubbish in the oceans is dumped by ships.

A project supported by Norway

In the first phase of the GLP, the IMO, the implementing agency, will review the availability and adequacy of port reception facilities. The organisation will raise awareness among stakeholders in the shipping and fishing sectors and encourage the marking of fishing gear so that it can be traced back to its owner in the event of discards or loss at sea. “Partner countries will also receive tools, such as guidance documents, training materials and strategies, to help them implement existing regulations and communicate with each other, as well as to support them in developing port waste management plans,” says Jose Matheickal, head of the IMO’s Partnerships and Projects Department. The GLP programme is funded by the Norwegian Development Agency (Norad) and is expected to end in 2023.

As part of the GLP, the IMO will also raise awareness of the International Convention for the Prevention of Pollution from Ships (Marpol) among officials in partner countries. The text provides for a ban on the discharge of plastics (including fishing gear) from ships at sea. In addition, the Protocol to the London Convention, which regulates the dumping of waste from ships and only allows certain types of non-harmful waste, will also need to be respected by partner countries to break the vicious circle of plastic waste pollution in their oceans.

In addition, the GloLitter Partnerships programme will promote the development of a circular economy in the plastic value chain in Africa, notably through recycling.