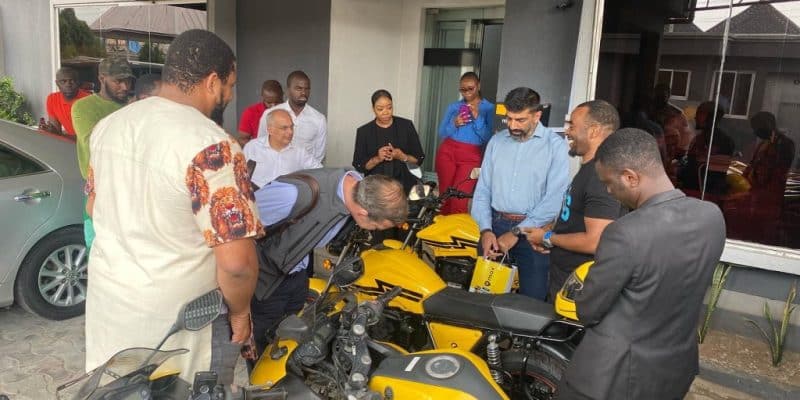 Nigeria-based start-up Metro Africa Xpress (MAX.ng) has announced that it will raise $100 million by 2023 to deploy its green mobility solutions in ten countries across the continent.

The decarbonisation of the transport sector is accelerating in Africa. To drive this vision, the start-up Metro Africa Xpress (MAX.ng) will raise $100 million in 2023 from investors such as the London, UK-based venture capital firm Lightrock and the Estonian mobility company Bolt.

According to the platform, which connects individuals with motorbike taxi drivers on the continent, the funds raised will allow the deployment of electric vehicles in ten countries, including Cameroon, Uganda and Egypt. According to David Hoyme, MAX.ng’s Director of International Expansion, the funding also targets the supply of components such as batteries in order to “increase the share of electric vehicles in the company’s fleet from the current 5% to 70% by 2026”.

Accelerating the decarbonisation of urban mobility

The Nigerian government has been promoting electric mobility in recent years. It is in this context that the National Agency for Science and Engineering Infrastructure (NASENI) concluded a partnership in August 2022 with local, Israeli and Japanese companies for the deployment of electric motorbikes in the city of Abuja. The two-wheeled machines will be assembled locally by the Nigerian industrial group Peramare Enterprise headed by Eugene Abels and the company Sixai founded by Israeli businessman Ran Poliakine.

At the same time, the Nigerian government has announced that electric buses will be on the road in Lagos by 2025. This is thanks to an agreement signed recently between energy solutions provider Oando and the Lagos Metropolitan Transport Authority (LAMATA). These vehicles will contribute to the policy of decarbonisation of mobility in the economic capital of Nigeria, which has a population of 21 million.