Homepage » AFRICA: artificial insemination of lions, a danger for their conservation? 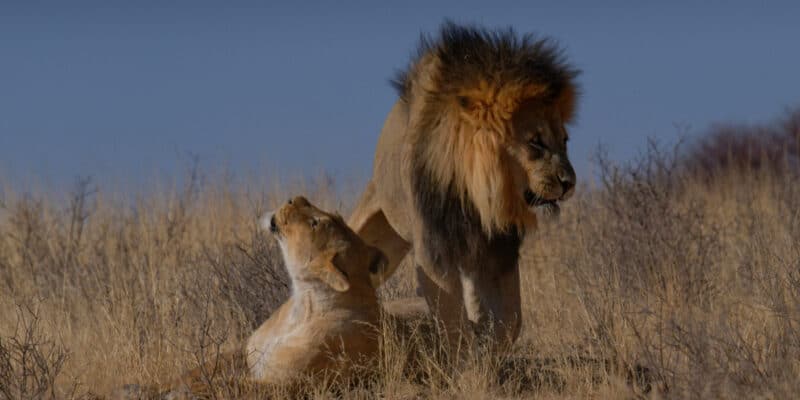 The British psychologist Jackie Abell has just published a column in which she warns of the dangers of artificial insemination in lions. The researcher, who has studied human-lion conflicts in Zimbabwe, sees this technique as a psychological barrier to wildlife conservation efforts. The inaction in the face of man's harmful impact on wildlife is all the more serious as more than 90% of lions have disappeared from their natural habitat in Africa.

“Presenting artificial insemination of lions as a guarantee for wildlife conservation could do more harm than good,” says British researcher Jackie Abell, in a scientific op-ed published on February 26th, 2021 in The Conversation, a journal that features content from the academic community. The associate professor of psychology at the University of Coventry in Great Britain drew on the work of psychologist Robert Gifford. In a study published in 2008 on psychological and cognitive barriers, he presents certain technological advances as “dragons of inaction” that hinder human behaviour in response to challenges such as climate change.

A transposition of this theory to the field of wildlife conservation thus allows Jackie Abell to assert that artificial insemination of lions could dull the consciousness of conservation actors regarding the worrying decline of the lion population. Notably in Africa, and more specifically in Zambia and Zimbabwe, where the researcher studied six years during human-lion conflicts. African lions are indeed facing a serious threat of extinction.

The population of African lions has fallen by 75% in 50 years.

The International Union for the Conservation of Nature (IUCN), estimates that the African lion population has fallen by 75% over the last 50 years. These big cats have thus fallen from 100,000 to between 20,000 and 25,000 individuals. According to the same source, the sub-population living in West Africa is particularly endangered.

The West African lion is considered to be in “critical danger of extinction”, i.e. the last stage before disappearing into the wild. According to the IUCN, these have increased from 980 in 1993 to a total of 400 individuals in 2015.

Jackie Abell points out that the decline of the African lion population is caused by human excesses, including invasion of wildlife habitat, depletion of their prey due to increased competition for space and food with humans, desertification, disease and hunting. “These are problems that can only be solved by changing human behaviour, not by the magic of technology,” she says.

Jackie Abell’s warning follows the hopes that surrounded the births of Victor and Isabel, the first two lion cubs conceived by artificial insemination. The event produced in September 2018 at the Ukutula Conservation Center in South Africa was the subject of a major media campaign, as was the second birth of its kind, that of Simba, which took place in October 2020 in Singapore. Unfortunately, however, Simba’s father Mufasa did not survive the electroejaculation procedure required to extract his sperm.

Since the birth of Victor and Isabel, voices have been raised against artificial insemination of lions. The president of the World Wildlife Fund (WWF) – France had taken offence, hammering home the fact that lions did not need human intervention to reproduce. “I don’t know how much this joke cost, but instead of playing sorcerer’s apprentice, it would be better to invest in the fight against poaching”, Isabelle Autissier regrets. For her, cubs born as a result of artificial insemination will never be reintroduced into the wild, they will only remain in zoos.

However, the reintroduction of lions in the wild is becoming more and more popular with conservationists. The largest such operation took place in 2018 in the Mozambique Delta. The specimens, 24 lions, were flown in from several protected areas in South Africa. A few months after this operation, three lionesses gave birth to 6 cubs. With this reintroduction, those in charge of the Marromeu reserve in southern Mozambique gave themselves 15 years to increase the number of lions living in their reserve, which covers 8,000 square kilometres, to 500.