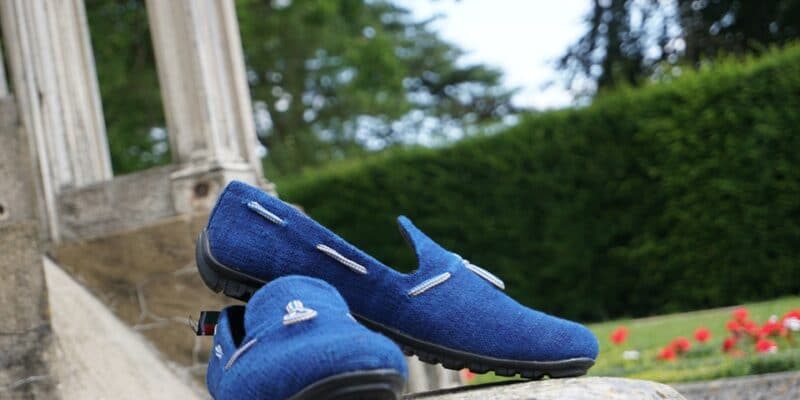 The African Development Bank (AfDB) has awarded Pine Kazi, a Kenyan start-up that makes eco-friendly shoes from pineapple waste. The winner of the Fashionomics Africa competition, organised by the pan-African financial institution, will receive an envelope of 2 000 000 dollars.

100% ecological shoes. This is the project idea that earned the Kenyan start-up Pine Kazi the winning ticket in the Fashionomics Africa competition. On  March 29th, 2021, the results of the competition were announced by the African Development Bank (AfDB). The pan-African financial institution launched the first edition of this innovation competition in December 2020.

The winner of Fashionomics Africa campaigns for more sustainable fashion in Africa. The start-up has used pineapple textile fibre for the outer part of the shoe and organic cotton for the inner part of the shoe. The sole was made from recycled tyre and sisal plant fibre.

Pine Kazi will receive a $2,000,000 grant. The nugget plans to use some of the prize money to purchase machinery for new equipment. This should improve the production of eco-friendly shoes. “We will divide the rest of the funds between research and development of natural dyes, the acquisition and recruitment of professional stylists and the establishment of a centralised production system,” says Pine Kazi.

In addition to the funding, the Kenyan start-up will have the opportunity to showcase its creation at online events, share ideas on key sustainability challenges facing the sector and receive a certificate.

A start-up led by women

Pine Kazi’s footwear brand, co-founded by three women (Olivia Okinyi, Angela Musyoka and Mike Langa) will also have access to media opportunities and benefit from mentoring and networking opportunities from the competition’s collaborators.

Through its Fashionomics Africason project, the AfDB aims to increase Africa’s participation in the global textile and fashion industry’s value chains, with a focus on women entrepreneurship. The 2021 edition of the Fashionomics Africa competition saw the participation of 110 start-up applications from 24 African countries, 65% of which were led by women.

The Nigerian company CiiE Luxuries, which came second in the competition, is also headed by a woman. It is Chisom Nwankwo. Since 2017, the young designer has been providing fashion lovers with accessories made from upcycled textile and leather waste. The start-up

CiiE Luxuries was followed by the clothing brand Labake Lagos comes in third place at the Fashionomics Africa competition.