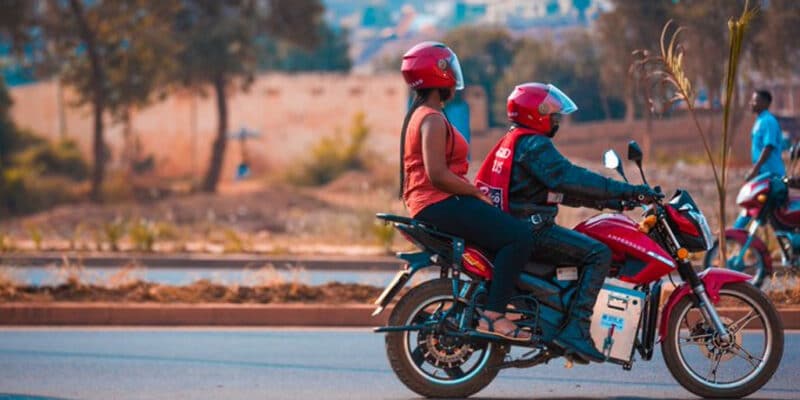 The start-up Ampersand has just obtained $3.5 million from the Ecosystem Integrity Fund (EIF). The aim of this fundraising is to develop its fleet of electric motorbikes and battery exchange stations in Rwanda.

More than two years after its arrival on Rwandan soil, the American start-up Ampersand wants to increase its fleet of electric motorbikes that allow mobility in Kigali. As part of its development policy, the start-up has raised 3.5 million dollars from the Ecosystem Integrity Fund (EIF). This is an American investment fund that finances companies that contribute to environmental sustainability.

Based in Kigali, Ampersand assembles and finances electric motorbikes for transporting people and goods. In recent years, two- and three-wheeled transport has grown significantly in sub-Saharan Africa. This means of transport is often preferred for its speed in the face of traffic jams in African cities. But it is mainly unemployment that leads young people to adopt the motorbike for the transport of goods and people. Today, the motorbike also contributes to the opening up of remote areas.

The conquest of the sub-region

Ampersand is riding the wave of motorbike mobility and betting on sustainability. With the funds recently obtained, the start-up plans to develop its network of electric motorbikes and battery exchange stations in Rwanda. The start-up will put hundreds more electric motorbikes on the road and deploy dozens more battery swap stations. “The investment will also enable Ampersand’s expansion beyond Rwanda’s borders, and fuel the company’s research and development arm, putting Ampersand on track to electrify the entire East African motorbike taxi fleet by 2030,” Ampersand says.

Since its inception, the startup has received support from StartupBootcamp, seed funding from FactorE Ventures in 2018, support from Rwanda Green Fund, Development Innovation Ventures from Usaid (United States Agency for International Development), Shell Foundation, Frontier Technology Livestreaming fund from UK FCDO. The start-up has also received support from the New Zealand government and a loan from the Blue Haven Initiative’s Catalytic Fund.

The start-up currently has 35 electric motorbikes on the road in Kigali, with as many drivers. The start-up is attracting growing interest from professionals in the sector, with at least 7,000 drivers on its waiting list.