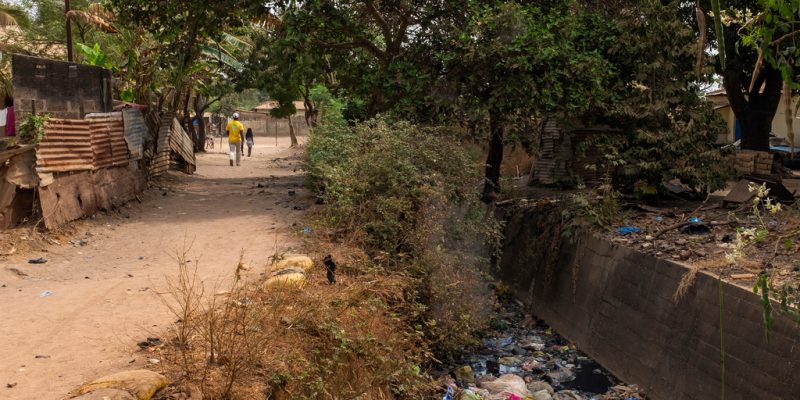 The African Development Bank (AfDB) has authorised the release, through the Zimbabwe Multi-Donor Trust Fund (ZimFund) under its supervision, of US$ 1,087 million (over Z$361.9 million) for sanitation projects in Chitungwiza. It is a municipality located about 25 km south of Harare, the capital of Zimbabwe.

In the Chitungwiza municipality, located about 25 km south of Harare, the capital of Zimbabwe, sewage has been causing enormous damage for more than half a century.

How did it come to this?

At the time, Chitungwiza’s water and sewerage infrastructure was built to serve only about a third of its current population, estimated at 500,000. It was this population growth that overwhelmed the system, causing effluent discharges to the streets and homes. As a result, not only the people of Chitungwiza but also those of Harare are exposed to waterborne diseases such as cholera and typhoid. The Manyame River passes through Chitungwiza before flowing into Lake Chivero, Harare’s main water source.

It is in this context that the Zimbabwe Multi-Donor Trust Fund (ZimFund), managed by the African Development Bank (AfDB) with the endorsement of the Zimbabwean government, recently allocated $1,087 million in funding to the Chitungwiza authorities (over $361.9 million Zimbabwean dollars) to address the sewage problems. The projects are likely to start in July 2020 and are expected to be completed by December 2020.

Details of the project

ZimFund’s investment is aimed at alleviating the permanent flooding of the locality at several hot spots in the collector sewers. The assistance will focus on the improvement and re-routing of the discharge sewer along the new Chitungwiza motorway, as well as the diversion and improvement of the main sewers in the areas of Seke to Luciano and Gomba.

The funds will also be used to reconnect the collector to the outlet sewers in order to avoid the frequent spills caused by the construction of some houses above the main and secondary sewers. Utility vehicles will also be made available in each of the three districts of Seke, Zengeza and St Mary’s to deal with blockages in real time.