ZIMBABWE: The state prohibits mining activities in parks and rivers 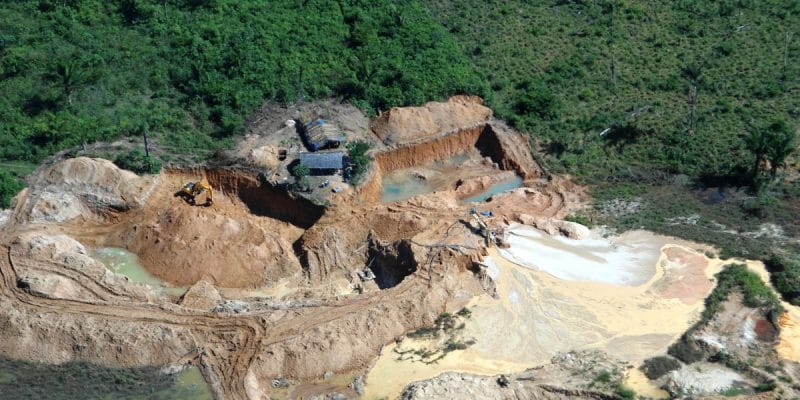 The Zimbabwean government has just cancelled all the mining concessions it had opened in nature reserves and along rivers. This about-face will not only reaffirm Zimbabwe's commitment to biodiversity conservation, but also put an end to the controversy surrounding Hwange National Park. The country's largest nature reserve, home to nearly 50,000 elephants, was on the verge of being devastated by a giant coal project.

The Zimbabwean government made a choice between mining and biodiversity conservation. The 50,000 elephants or so in Hwange Park were saved because, in addition to cancelling the coal mining project that threatened their habitat, the government went further and banned all mining in nature reserves and along rivers. The decision was made public on September 9th, 2020 by Monica Mutsvangwa, Zimbabwe’s Minister of Information, Advertising and Broadcasting Services. “All mining activities in parks and riverbeds are prohibited with immediate effect. Steps are being taken to immediately cancel all mining titles held in these areas.”

The ban on these types of concessions was strongly called for by environmentalists, as work was about to begin on a coal mine in Hwange, Zimbabwe’s major biodiversity hotspot with almost 500 registered animal species. Preparatory work, including soil surveys, had already been undertaken by Zimbabwe Zhongxin Coal Mining group, a consortium between a Chinese group and a national firm. Accredited with an operating licence in 2015, the coal mine project, located in the heart of Hwange, was to cover 105 square kilometres (km²). Moreover, it would be located in one of the two densely wooded areas of the park.

Half-tone satisfaction among some environmentalists

Many environmental organisations in Zimbabwe have been relieved by the government’s decision to ban mining projects in protected areas and rivers. However, the process by which the decision was taken has not fully allayed the concerns of some biodiversity conservationists. “This is good news, but there is nothing in the mining code that considers prohibited concessions illegal. If the government is sincere about protecting the environment, it needs to change the laws, not act on a press release,” says Mining Zimbabwe.

The Zimbabwean government claims to have an environmental interest. At her press conference, Minister Monica Mutsvangwa said that the aim of the government decision was to subject all mining operations to strict respect for the environment, adding that severe sanctions will be imposed on those who do not comply with environmental provisions.