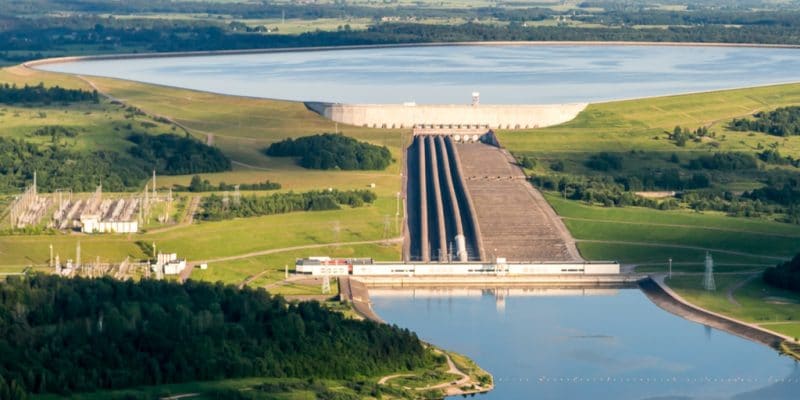 An agreement was recently signed between the Zimbabwe National Water Authority and Ngonyezi Projects, a company based in Pretoria, South Africa. The latter will build a pumped-storage hydroelectricity plant in the Manicaland province. It will be coupled with a solar photovoltaic plant.

A pumped hydroelectric energy storage (PHES) power plant will be built in Zimbabwe. It’s the content of an agreement that has recently been reached between the Zimbabwe National Water Authority and Ngonyezi Projects, a company based in Pretoria, South Africa. It will be operated by a solar photovoltaic power plant.

This hydroelectric power plant, the first of its kind in the country, will be built on the site of the Osborne dam on the Odzi River in Manicaland province. It is an installation that produces electricity thanks to a reversible system. In practical terms, the plant operates with two tanks (upper and lower). The water from the upper reservoir flows down into the lower reservoir by rotating the turbines of the hydroelectric power plant. The water from the lower tank is pumped again to supply the upper tank, and so on.

The PHES is generally built to provide backup support for the national power grid. It is launched during peak hours when network capacity declines. According to Ngonyezi Projects, the peak in electricity consumption is observed for 8.5 hours a day in Zimbabwe.

The pumped-storage hydroelectricity plant proposed by Ngonyezi Projects will have a capacity of 2,000 MWh and will be supported by a 300 MWp photovoltaic solar power plant. Thus, on sunny days, the solar power plant provides electricity to the population. When the weather is bad or at nightfall, the pumped storage power station takes over.

To obtain a solar power plant capable of supplying 300 MWp, Ngonyezi Projects will install 500 hectares of panels on the surface of the Osborn dam basin, which covers an area of 2,600 hectares. For Ngonyezi Projects, the construction of the solar power plant on the water surface will be beneficial for the panels since they will be cooled by water, thus increasing their efficiency. In addition, “the panels covering the water surface will reduce algae growth and water evaporation by 20 million m3/year”.