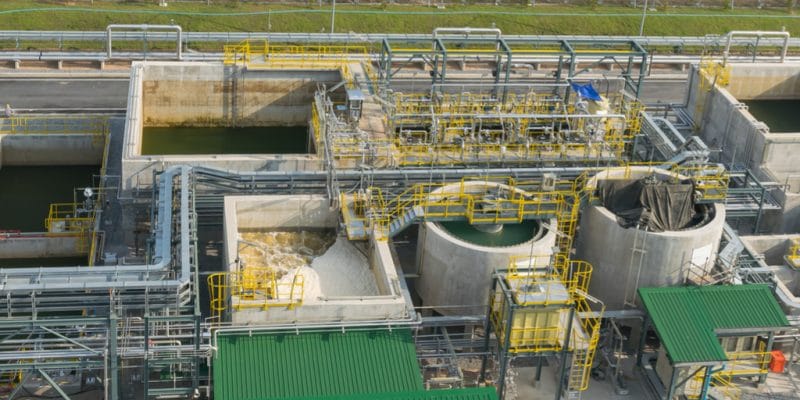 The Chinese company Sinohydro has been chosen by the municipality of Harare, the capital of Zimbabwe, to build four wastewater treatment plants and rehabilitate existing infrastructure. Contract value: $237 million.

Harare, the capital of Zimbabwe, will soon be enriched with four new water treatment plants. The contract for the construction of these hydraulic infrastructures has been awarded to Sinohydro, a Chinese company, well known in Africa for its work in the dam construction sector. The agreement between the municipality and the company also provides for the rehabilitation of existing wastewater treatment plants in Harare.

The project will be carried out in several phases. The first will be to expand the Crowborough wastewater treatment plant, with a capacity of 54,000 m3 per day. The treated water is intended to irrigate pastures for cattle. Sinohydro will install new pipelines to reinforce the station’s new production capacity. At this stage of the project, the state-owned Chinese company will also build a wastewater treatment plant in Lydnhurst, north of the Zimbabwean capital. On site, there is a sewer system that will also be rehabilitated as part of the project.

A more than $237 million investment

Phase II of the remediation project involves the upgrading of the Firle wastewater treatment plant. It is one of the city’s main facilities with a 144,000 m3 per day capacity. It should be supplied by new pipelines that will provide an additional 60,000 m3 of water to be treated per day.

The last part of the project concerns the construction of two new wastewater treatment plants. The first, with a capacity of 15,000 m3, is located in Budiriro, a high-density suburb (with more than 30,000 houses, editor’s note), southwest of Harare. The other wastewater treatment plant, with a capacity of 30,000 m3 per day, will be built in Gwebi, near the capital. Construction and rehabilitation work on all the facilities is expected to begin quickly as the municipality claims to have carried out feasibility studies before the call for tenders won by Sinohydro.

The project is expected to require a total investment of more than $237.4 million. According to the municipality, the infrastructure that will be built will reduce wastewater discharge into the rivers that flow through the city, polluting the environment and spreading disease outbreaks.

The Harare agglomeration (more than 3 million inhabitants) has been heavily affected in recent years by water-related diseases. In 2008, the Budiriro suburb was the site of 50% of cholera cases in Zimbabwe. Typhoid has become common in this area as well. To make matters worse, this area is very often affected by floods, as was the case in 2016 with flash floods that caused considerable damage.