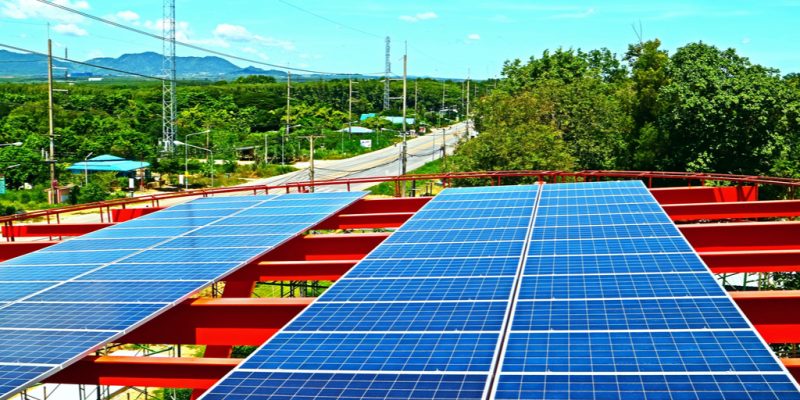 The Zimbabwean company Satewave Technologies has recently installed solar photovoltaic systems with a capacity of 30 kWp each at secondary schools inombakomba and Manzunu in the Manicaland Province of Zimbabwe. The project is part of a new solar energy programme backed by US$90,000 (more than $32.5 million Zimbabwean dollars) from China.

Ensuring sustainable education in rural secondary schools in Zimbabwe through improved access to electricity. It is the objective of a new solar energy project underway in this East African country. Two schools have already benefited from the initiative; the Gombakomba and Manzunu schools in Manicaland province. Both campuses have solar photovoltaic systems with a capacity of 30 kWp each. They were installed by Satewave Technologies, a Zimbabwean company specializing in construction technology and operating in several sectors, including electricity. According to Zhou Zhongguo, managing director of Satewave Technologies, the solar panels installed in the schools have a 25-year warranty.

The installations will improve the electricity supply to schools in Gombakomba and Manzunu. The idea is to reduce the gap between rural and urban schools in terms of access to knowledge. “Our students should also be introduced to information and communication technologies so that they can integrate more easily. This will now be made possible by the transition to clean energy that will enable computers and other equipment to run continuously,” says Monica Mutsvangwa, Zimbabwe’s Minister of Information, Advertising and Broadcasting Services.

According to the Zimbabwean authorities, the solar photovoltaic systems installed in the schools will also be able to be used for pumping water, as part of the agricultural projects that will be developed by the students.

The project is being financed by China to the tune of US$90,000, the equivalent of more than Z$32.5 million, in accordance with a loan agreement signed between the Chinese and Zimbabwean authorities. Several other schools in the country will benefit from small solar power plants.

In addition to the solar energy programme, China has provided a loan of US$17,000 (more than $6.15 million Zimbabwean dollars) for an electrification project in the Gombakomba village.