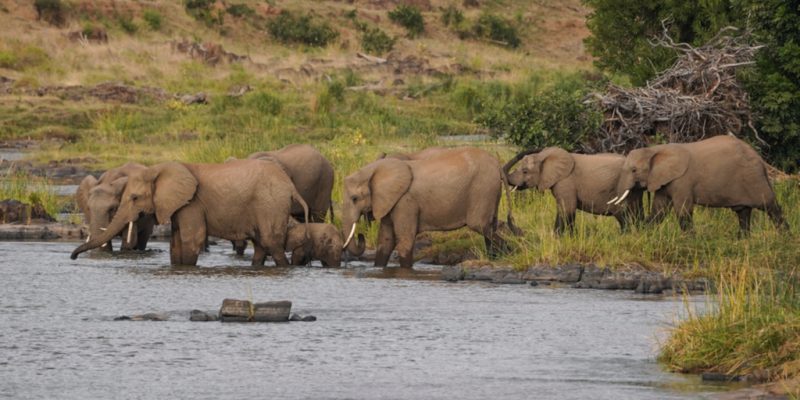 The Zimbabwe Parks and Wildlife Management Authority (ZimParks) plans to embark on a project to rehabilitate the Bulilima Dam. Its objective is to contain the animals in the Mabhongwane Wildlife Park.

As the hunt continues for a raving herd of elephants in Bulilima locality, the Zimbabwe Parks and Wildlife Management Authority (ZimParks) recently stated that it intends to find a long-term solution to prevent wildlife incursions into villages. It wants to rehabilitate the Bulilima Dam in the heart of the Mabhongwane Wildlife Park, located near the border with Botswana.

The Bulilima Dam was built not only to water the animals during the dry season, but also to serve as a recreational area for tourists who come to observe the animals in this part of Africa rich in biodiversity. Since the early 1980s, however, the dam has ceased to function. Dingimuzi Phuti, who deals with justice issues in the locality of Bulilima West, says rehabilitating the dam could solve the problem of animal raving in villages near the park.

Human-wildlife conflict in the locality

“The rehabilitation of the dam will end the problems of the villagers as it will keep the wildlife confined to the game park. The project is gaining momentum to achieve a sustainable solution. Engineers have already come here at my invitation and work is underway,” says the judicial authority. The incursion of animals into the local villages is exacerbating tensions between local residents and wildlife.

The herd of elephants currently being hunted is believed to be responsible for the death of one resident of Bulilima. The pachyderms are said to have trampled him while he was on his way to the Ndolwane business centre at night. About a year ago, a group of lions made headlines in this part of Zimbabwe. Following the movement of herbivores, the lions stumbled upon herds of cattle, easy prey. In one week, 20 cattle and 15 donkeys were killed by the felines in the Mbimba, Ndolwane and Makulela villages. The lions were finally killed by hunters dispatched by the ZimParks.